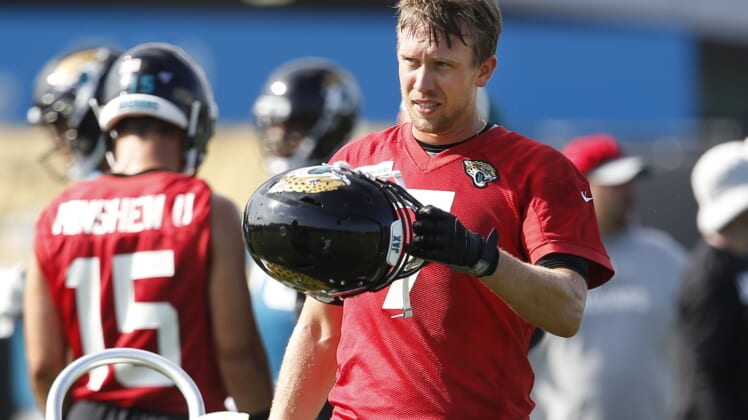 The Chicago Bears made news earlier this week when they announced that there’s going to be an open quarterback competition between former No. 2 overall pick Mitchell Trubisky and the recently-acquired Nick Foles.

Whether that actually happens remains to be seen. Chicago’s brass noted earlier in the offseason that Trubisky would be the team’s unquestioned Week 1 starter. We can take pretty much everything head coach Matt Nagy and general manager Ryan Pace say for granted. Both are on the hot seat and need to win right now.

According to Brad Biggs of the Chicago Tribune, that could lead to Foles being the starter. The Bears’ insider firmly believes that it’s his job to lose.

“An impressive Foles, who delicately discussed the dynamic of an open competition, sure sounded as if he’s the starter during his own 30-minute call. Short of the 31-year-old falling on his face or being injured, it’s his job to lose,” Biggs noted.

Foles, 31, is coming off an injury-plagued only season with the Jaguars after they signed him to a four-year, $88 million contract last offseason. He appeared in only four games. The former Super Bowl MVP has started a grand total of 48 games throughout his eight-year NFL career.

As for Trubisky, he’s on the verge of being a bust. After leading Chicago to a surprise playoff appearance back in 2018, the former North Carolina star regressed big time this past season.

It’s going to be interesting to see this competition play out should training camp go on as planned around the NFL. For now, hedge your bets on Mr. Foles.