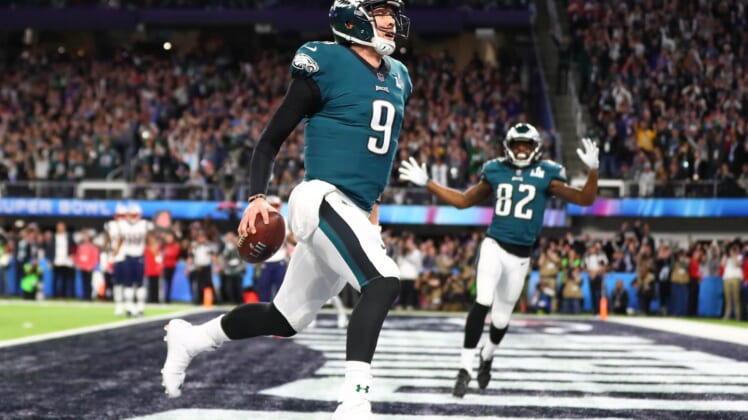 Super Bowl LII featured many memorable moments. But perhaps the most memorable came at the end of the first half, when Philadelphia Eagles quarterback Nick Foles caught a fourth down touchdown pass from tight end Trey Burton.

As it turns out, the play was not called by coach Doug Pederson, offensive coordinator Frank Reich, or any member of the Philadelphia staff. It was the quarterback himself who came up with the idea, which Pederson ultimately agreed with.

.@NFoles_9 made the call, made the touchdown and made history. #PhillySpecial

Well done by Foles. Despite the fact that the New England Patriots had unsuccessfully run a similar play earlier in the game, this one caught them completely off guard.

It gave the Eagles a 22-12 lead at halftime and certainly helped Foles get named the game’s MVP.