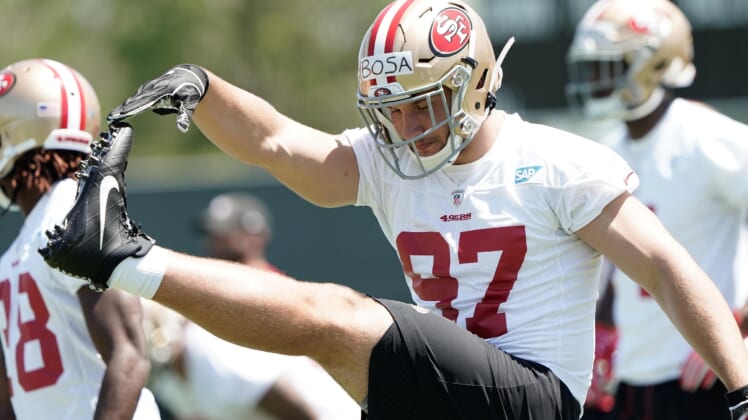 San Francisco 49ers first-round pick Nick Bosa went down with an ankle injury during Tuesday’s practice and limped off the field after being looked at by trainers.

Now, the No. 2 overall pick is headed for an MRI on the ankle injury, indicating there could be reason for concern.

Bosa signed his rookie contract just ahead of training camp after missing a vast portion of the 49ers offseason program due to a hamstring injury. He also missed much of his final season at Ohio State following “major surgery” to repair damage to a core muscle.

Arguably the top defensive player in the 2019 NFL Draft, the big red flag was whether he could stay healthy. So far, that hasn’t been the case.