Nick Bosa rips Baker Mayfield after blowout: ‘He was panicking’ 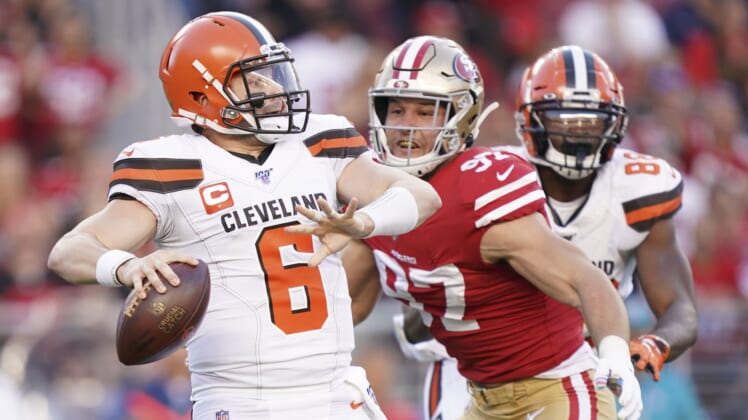 Bosa’s squad remained undefeated in a blowout 31-3 win over the Browns. For his part, the Ohio State product recorded five quarterback hits and two sacks of Mr. Mayfield.

It was a downright disgusting performance from the second-year quarterback. Mayfield turned the ball over three times and finished the evening with a 13.4 passer rating.

Following the game, Bosa decided to throw some salt on to that wound in bashing Mayfield big time.

Bosa is not necessarily wrong here. San Francisco’s elite defense and pass rush made the former No. 1 overall pick look like a rookie. Bosa saw it on the field. It became apparent watching from afar.

This is going to be a major issue for the Browns moving forward. San Francisco dialed up a perfect game plan for Freddie Kitchens’ offense. It led to the Browns putting up nine first downs and 180 total yards of offense.