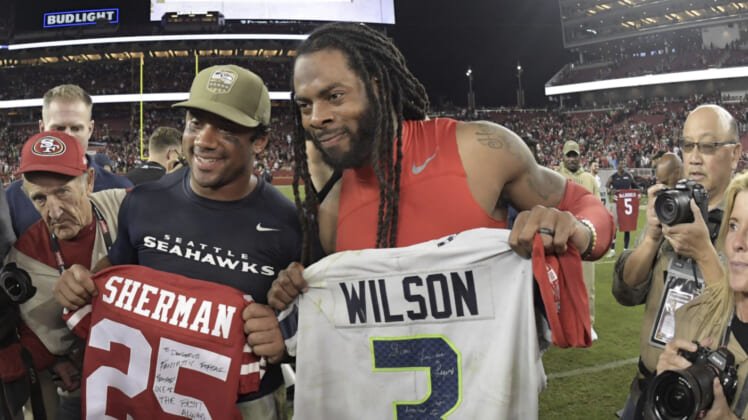 This Sunday night’s game between the San Francisco 49ers and Seattle Seahawks in the Pacific Northwest is absolutely huge.

It will decide the NFC West championship and who has home-field advantage throughout the conference playoffs.

The backstories are even better. Richard Sherman returns to his Seattle roots with the expectation of leading the 49ers to a huge win over his former team. It’s the very same game that will see Marshawn Lynch return to the Seahawks after a long hiatus from the Bay Area native.

In talking about this huge game, 49ers rookie defensive end Nick Bosa had something rather interesting to say. It included him calling out Sherman in a hilarious manner.

This is not necessarily a crack on Sherman. It’s more about how this rivalry has changed over the past decade or so.

Sherman has returned to Pro Bowl levels in his second season with the 49ers. This came after a Hall of Fame-worthy career in which he helped lead Seattle to a Super Bowl title.

This is the biggest game between the two teams since Sherman’s pass break up on a pass intended for Michael Crabtree led to a Seahawks win over the 49ers in the 2013 NFC Championship Game.

Bosa was merely a high schooler when that game took place. He obviously has some memories regarding Sherman and the artists formerly known as the “Legion of Boom.”