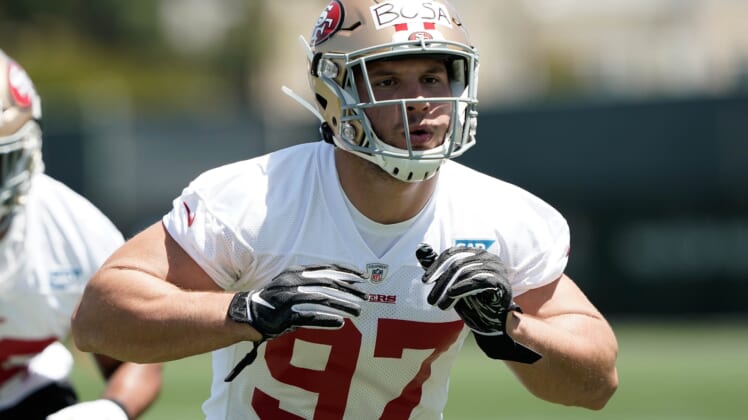 Nick Bosa is sidelined with a hamstring injury. And the San Francisco 49ers probably won’t see much of the No. 2 pick in the draft until training camp.

Adam Schefter of ESPN reported on Thursday that Bosa will be out “a few weeks.”

This is definitely a setback for the 49ers. Nobody wants to see players (especially key players) hurt during this time of the year. It’s especially the case with rookies who are getting acclimated on new teams.

That said, it’s not catastrophic, either. Expect the 49ers to bring Bosa along very slowly. The last thing that they would want would be for him to aggravate the injury more and potentially miss time in the regular season.