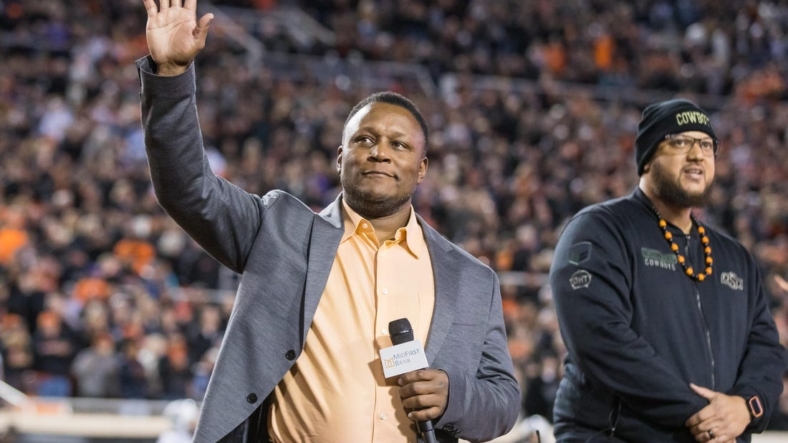 Sanders will wear No. 20 for the Spartans, the number his father wore and eventually had retired by the Lions.

The elder Sanders visited the Spartans as a guest speaker for coach Tom Izzo earlier this summer.

Barry Sanders’ oldest son, Barry J. Sanders, followed his Hall of Fame father’s football footsteps and played running back at Stanford from 2012-15 and Oklahoma State, his father’s alma mater, in 2016.