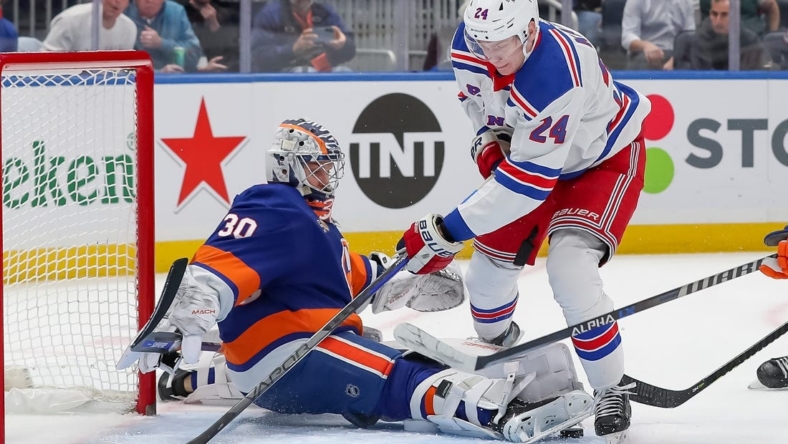 Kyle Palmieri scored twice and Ilya Sorokin stopped all 41 shots he faced for the New York Islanders, who beat the rival New York Rangers 3-0 on Wednesday in Elmont, N.Y.

Josh Bailey scored in the third period for the Islanders, who snapped a three-game losing streak. The goals were the first of the season for both Palmieri and Bailey. Adam Pelech and Jean-Gabriel Pageau contributed two assists apiece.

Sorokin, who improved to 3-1-0 against the Rangers, recorded his 11th career shutout and first since beating the Montreal Canadiens on April 15.

Jesse Puljujarvi and Zach Hyman also scored for the Oilers, who won their second straight game, and Stuart Skinner made 37 saves. The Blues defeated the Oilers 2-0 in Edmonton four days earlier.

Mikhail Sergachev had a goal and an assist and Nikita Kucherov and Nicholas Paul scored for the Lightning, who won for the fourth time in eight games. Victor Hedman had two assists, and Brian Elliott made 19 saves for the win.

Troy Terry posted a goal and an assist for the Ducks, and Trevor Zegras found the net. Dmitry Kulikov notched an assist for his 200th NHL point. John Gibson stopped 26 of 29 shots, but Anaheim lost its sixth straight game (0-5-1).