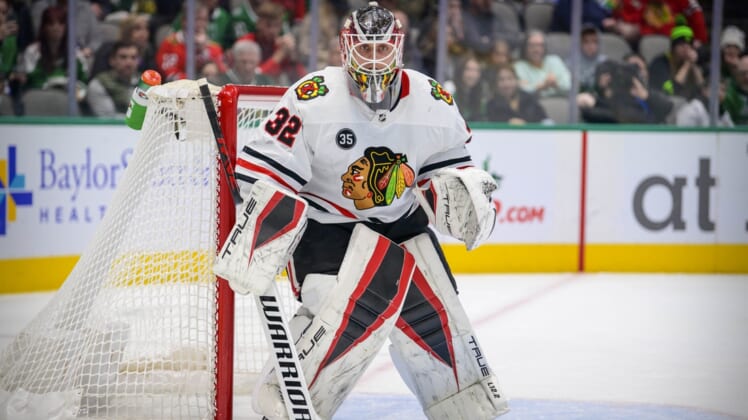 The NHL announced the postponement of three upcoming games due to COVID-19-related issues on Monday, putting a pause on two games for Wednesday and one for Friday.

Wednesday’s matchups between Chicago-Winnipeg and Dallas-Colorado joined a growing list of games postponed for that day. The league previously announced Pittsburgh-Toronto and Boston-Ottawa would be postponed.

The second half of the Avalanche’s home-and-home set with the Stars, which was scheduled for Friday in Dallas, is also postponed.

On Sunday, the league announced that teams again will be able to utilize taxi squads of reserve players to help replenish rosters upended by COVID-19 outbreaks.

The league is allowing its 32 teams to maintain a taxi squad of up to six players in order to make emergency recalls. The system is expected to be in place at least until the All-Star break in February.

The NHL extended its holiday break from three days to six, ending Monday with 14 games postponed, after several teams were shut down due to the spread of COVID-19.