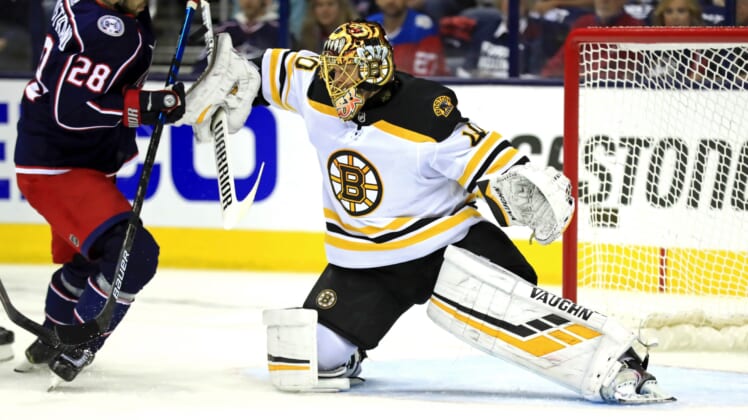 With the NHL Playoffs conference finals finally upon us, there are only four teams left. The team first to eight wins will raise the Stanley Cup. What else can we expect from these crazy playoffs?

The Boston Bruins will play the Carolina Hurricanes. Since Boston is the higher seed, they have home ice advantage in the series.

Let’s take a look at some bold predictions for the NHL Playoffs conference finals.

The Hurricanes win every game at home to advance

Carolina sure loves playing at home. They have not lost a game at PNC Arena all playoffs and the stats speak for themselves. Averaging 4.4 goals while giving up only 1.4 goals a game, the Hurricanes are unbeatable at home.

Going against a Bruins team that has a road record of 4-2 this postseason, Carolina certainly has a big test. The crowd at PNC will have a big impact on this series. The Hurricanes will come to play and the Bruins will not be able to register a win in Carolina.

Rask registered a shutout in Game 6 against the Blue Jackets and has been a brick wall during these playoffs. With a .938 save percentage and 2.02 goals against average, he is second among all goalies that have registered at least one game in the playoffs.

Rask has never been this good in the playoffs. Because of his inconsistency at times, Bruins fans and media get restless and demand that he be traded. Rask has proved the haters wrong and has been consistently been the catalyst in these games for the Bruins

Since scoring his first career postseason goal in Game 6 of the second round, Blais has been playing extremely well for the Blues. He plays alongside two stellar veterans in Ryan O’Reilly and David Perron, who have combined for 10 assists in 13 games.

Blais has the hockey IQ and the shot to be the main scorer on that line. He will be given the opportunities to score goals when those those two guys can set him up. There is a theme where rookie forwards score a bunch of goals in the playoffs. Pittsburgh’s Jake Guentzel did it a few years ago and Brad Marchand did it back in 2011 for the Bruins.

The always entertaining Sharks will win in six games

It will start with Logan Couture, who leads the team with nine goals in these playoffs. Captain Joe Pavelski’s return to the team in Game 7 of the second round provides a huge offensive boost for the Sharks that they dearly missed in the first six games against the Avalanche.

This story is similar to the one of the 2013 Bruins. When the Bruins came back from a 4-1 deficit in the first round against the Toronto Maple Leafs, they eventually made it all the way to the Stanley Cup Finals where they lost to the Chicago Blackhawks. The Sharks have a similar script as they came back from three goals down against the Vegas Golden Knights in Game 7 of round one and won that game.