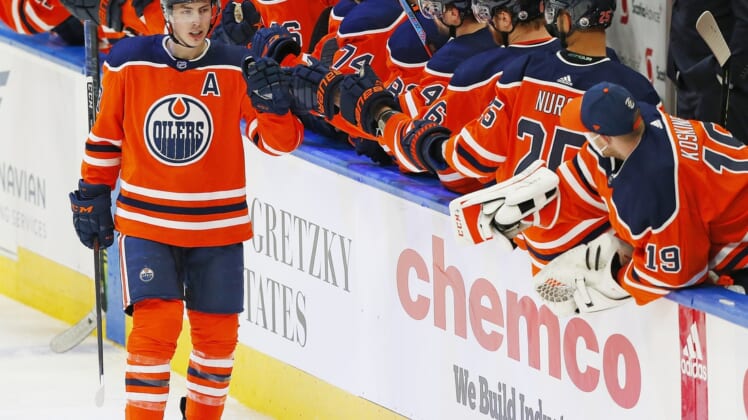 The NHL made two changes to the Edmonton Oilers’ schedule on Monday.

Edmonton will play at Ottawa on Thursday at 7 p.m. ET, a game originally scheduled for Friday.

The Oilers will play at Calgary on Saturday at 10 p.m. ET, a contest originally scheduled for May 7.

The league also announced the Buffalo Sabres’ home game against the Boston Bruins on April 20 will start at 6:30 p.m. instead of 7 p.m. ET.