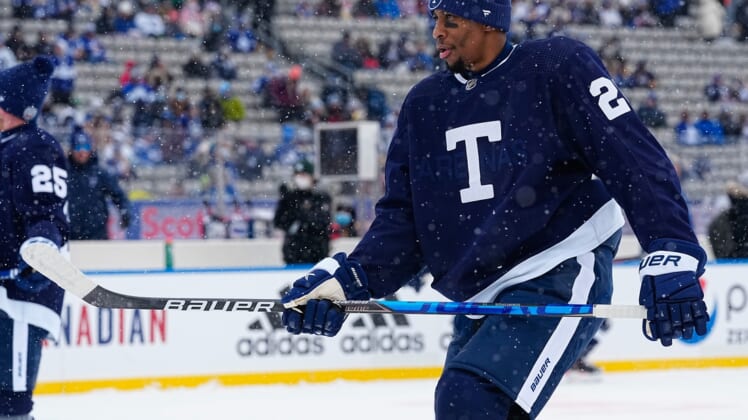 Clifford was fined $2,500 for high-sticking Corey Perry in Toronto’s 8-1 loss to the Tampa Bay Lightning on Thursday night.

Simmonds was fined $2,250 for charging Mikhail Sergachev later in the same game.

The fine amounts were the maximum allowable under the collective bargaining agreement.

Clifford drew a match penalty after hitting Perry in the head at 8:10 of the third period. Simmonds earned a 10-minute penalty about seven minutes later.

Clifford, 31, has four points (one goal, three assists) and 31 penalty minutes in 22 games this season with the St. Louis Blues and Maple Leafs.