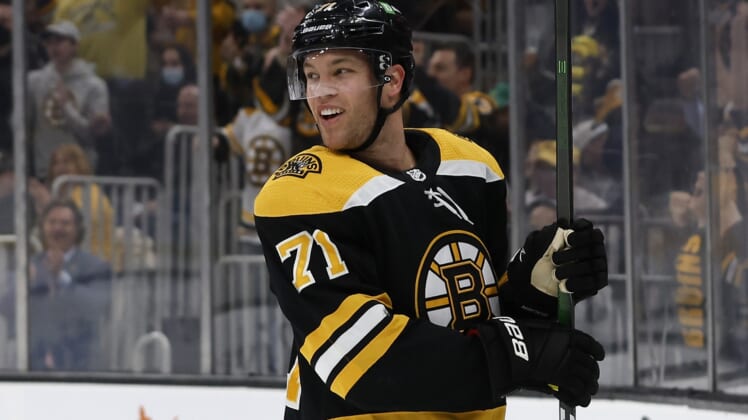 Both fines were the maximum allowable under the league’s collective bargaining agreement.

Hall, 30, was assessed a minor penalty for roughing after punching Lyubushkin in the side of the head with 4:16 remaining in the second period. Lyubushkin levied a hit on Hall prior to the latter’s punch.

Lyubushkin did not return to the game for what the Maple Leafs called precautionary reasons.

Hall scored his 15th goal of the season late in the third period of Boston’s 6-4 loss to Toronto. The former Hart Trophy recipient also has 35 assists in 66 games this season.

Jeannot, 24, was assessed a minor penalty for tripping at 1:22 of the third period.

Tkachuk remained in the game for the Senators, who dropped a 4-1 decision to the Predators.

Jeannot scored his NHL rookie-leading 23rd goal of this season at 10:07 of the third period. He also has 17 assists in 66 games.