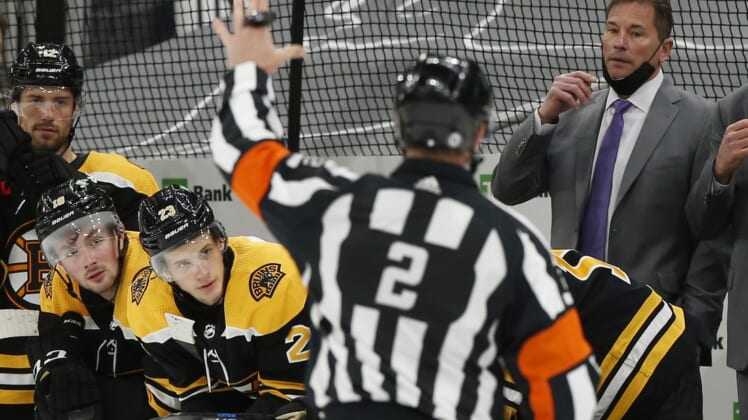 The Islanders defeated the Bruins 5-4 in Game 5 of the second-round playoff series on Monday night to take a 3-2 lead in the best-of-seven series.

Cassidy said the teams both play tough, but the officials don’t see the Islanders as aggressors.

“This is my take on it: We’re playing a team that has a very well-respected management and coaching staff. But I think they sell a narrative over there that it’s more like the New York Saints, not the New York Islanders,” Cassidy said postgame. “They play hard and they play the right way, but I feel we’re the same way. And the exact calls that get called on us do not get called on them, and I don’t know why.” 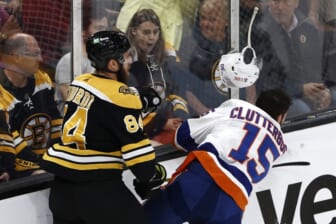 Four penalties were assessed against the Bruins in Game 5, while the Islanders were called for two. New York converted its four power-play chances into three goals.

“They commit as many infractions as we do. Trust me. It’s a matter of calling them,” Cassidy said.

Also Tuesday, the NHL Department of Player Safety fined Bruins forward Nick Ritchie $5,000, the maximum allowed under the Collective Bargaining Agreement, for elbowing Islanders defenseman Scott Mayfield in the first period of Game 5. Officials did not call a penalty on the play.

Game 6 is set for Wednesday in Uniondale, N.Y.