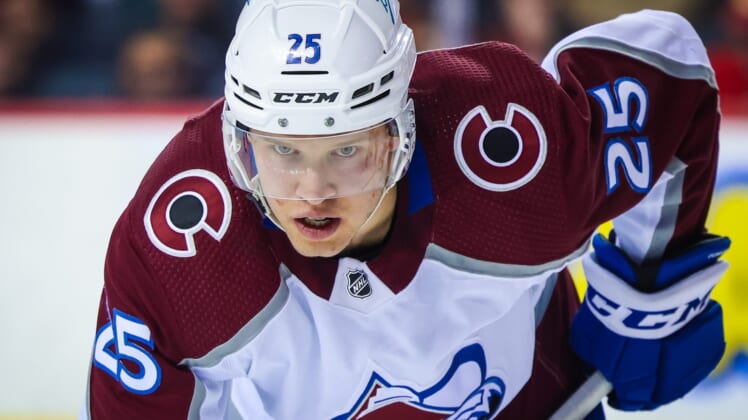 The NHL on Saturday fined Colorado Avalanche forward Logan O’Connor and defenseman Kurtis MacDermid for their actions in the team’s regular-season finale against the Minnesota Wild.

O’Connor received a minor penalty for boarding, while MacDermid was assessed a major penalty and game misconduct for kneeing.

The fines were the maximum allowable under the league’s collective bargaining agreement.

The Central Division Avalanche (56-19-7, 119 points) will face off against the Nashville Predators (45-30-7, 97 points) in the first round of the Western Conference playoffs.