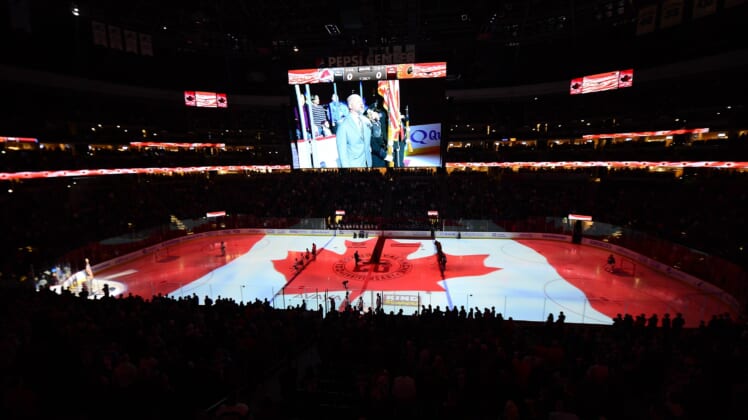 The NHL announced Thursday morning that it is advising all teams to cancel morning skates, practice and team meetings at least for today due to coronavirus.

This could be just the first step as the NHL could be looking to follow the NBA’s lead. The Association postponed its season until further notice Wednesday night in the wake of Utah Jazz center Rudy Gobert testing positive for COVID-19.

It’s worth noting that the NHL plays many of its games in the same arenas as the NBA does, and that the Tampa Bay Lightning and Boston Bruins played at TD Garden just one day after Gobert and the Jazz did last weekend.

The NCAA is also under extreme pressure now to cancel March Madness, less than a day after announcing that the NCAA Tournament (both men and women) would be held without fans present.