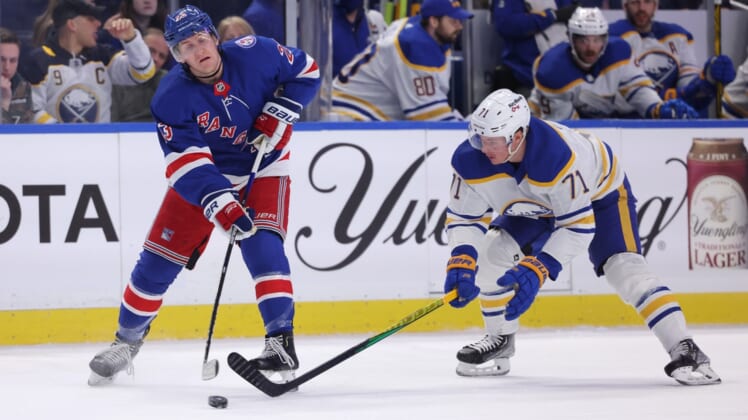 The NHL admitted it made the wrong call in disallowing the Buffalo Sabres’ tying goal with 57 seconds remaining in the third period of their 2-1 loss to the New York Rangers on Friday.

Sabres coach Don Granato said after the game he had asked officials if they could further review if Dahlin had successfully tagged up. He said the NHL had made its decision.

“I can’t have emotion in it. I can’t think about it,” Granato said. “There’s certain things that are out of your control and you just play. You just trust that the league knows what they’re doing and you move on.”