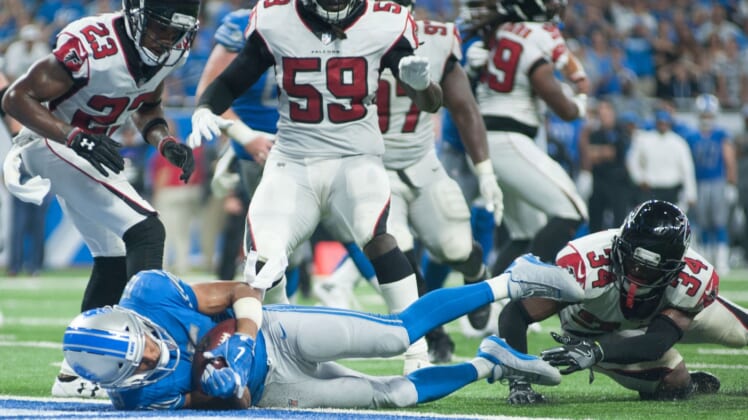 Arguably Week 3’s best game ended in controversey, when the referees reversed a ruling and said that Golden Tate did not score in the final seconds of the Atlanta Falcons win over the Detroit Lions. The ruling called for a running clock, which ended the game and kept the Lions from possibly another play. On Wednesday, NFL Senior V.P. of Officiating Al Riveron defended the job of his crew.

“Since the clock is running and we go from a stopped clock when we have a score, we reverse it to a running clock, now the 10-second rule comes into play,” Riveron said on NFL Network, per Michael David Smith of Pro Football Talk. “Detroit does not have any timeouts left. At the end of the play there is eight seconds left. By rule, we enforce a 10-second runoff. The game is over.”

There are a few problems with this.

One, was there really any point in Riveron saying this? He just restated the ruling that we all heard on Sunday.

Two, as Smith noted, the incorrect ruling severely hurt the Lions. We don’t know if they would have been able to scramble to the line of scrimmage to get a play off within eight seconds. We certainly don’t know if the play would have been succesful. But thanks to a poor ruling from the referees, Detroit was robbed of that attempt. Maybe there’s nothing that the NFL can do about that now. But acknowledging that it was a referees mistake wouldn’t exactly hurt matters.

Lastly, still photos seem to show Tate being touched down with 11 seconds left. If those were not incorrect, why can’t the NFL at least state why? While expected, Riveron toeing the company line does more harm than good.