NFL’s inclusion of women is no longer lip service 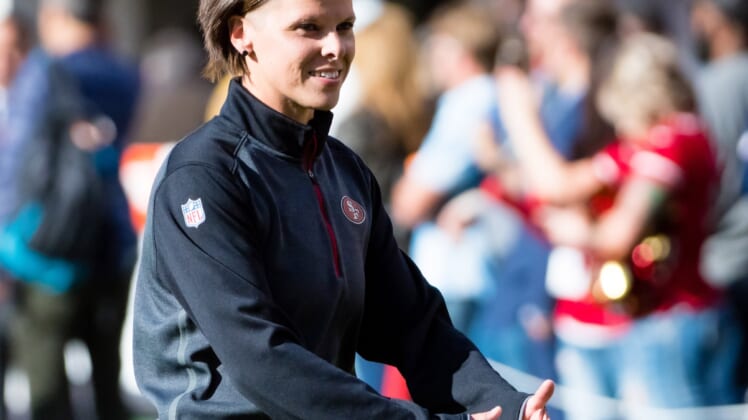 For the longest time, professional sports existed within a machismo culture. This can still be seen at times, especially within the exceedingly dark underbelly of sexism in the new social media world.

As we saw with the Carolina Panthers and former owner Jerry Richardson, that’s not limited to fans with worn-out dogmas linking us to a bygone era.

In no way does this mean the NFL and other sports are not progressing in terms of equality. It does not mean that previous gender norms are being thrown out the window.

When it comes to the leagues themselves, women have found a place and a purpose — both existing under the umbrella of mutual respect.

It was the NBA that started what we now hope to be a growing trend. San Antonio Spurs head coach Gregg Popovich’s decision to hire former WNBA star Becky Hammon as an assistant back in 2014 brought this to the forefront. Since then, she’s been promoted to the top of the bench and has already received multiple head coaching interviews.

What started out as seemingly a goodwill move from Pop has transcended how the broader sports world views a woman’s place in coaching. It’s no longer in just internships and the like. Moving forward, we’re going to see an advancement in equality among the coaching ranks we could have scarcely imagined just a decade ago.

This has now been brought to the most macho of cultures in the sports world — the National Football League.

Here are some examples.

Jen Welter: The first of many initial steps.

Kelsey Martinez: A return to the Raiders’ way.

Lori Locust and Maral Javadifar: Bruce Arians, back at it again.

Arians point about this not being news is spot on. It also leads us to an exclusive conversation Sportsnaut had with groundbreaking former Oakland Raiders CEO Amy Trask.

Trask has an original view on what we’ve seen around the league over the past several years. The first female CEO in NFL history — under the guide of transcendent former Raiders owner Al Davis — Trask was at the forefront of the league’s changes.

Back in 1983, Trask interned with the then-Los Angeles Raiders in their legal department. After being admitted to the California State Bar in 1985, Trask returned to the Raiders a couple years later.

Within just over a decade she became the organization’s CEO in 1997 — lasting in that role for over a decade.

As noted above, Trask’s personal experience adds a whole bunch to this conversation.

“The composition of the league is different now than when I began my career (in the mid 80’s). When I attended my first owners’ meeting it was the first time a woman (other than one related to the team owner) did so,” Trask told Sportsnaut. “I watched the composition of the league change over almost three decades I spent in the league. There are terrific women in very senior positions at a number of clubs.”

For the common fan, those on the sidelines and within the coaching ranks are the ones that get most of the attention. But as Trask noted, there’s other women doing amazing work within front offices around the league.

“Jeanne Bonk is Executive Vice President and the Chief Operating Officer of the Chargers and Hannah Gordon is the General Counsel of the 49ers,” the former CEO said. “Both Jeanne and Hannah are tremendous representatives of and contributors to the teams for which they work.”

Bonk originally joined the then-San Diego Chargers as Chief Financial Officer back in 1991. With the organization since, Bonk was named Vice President in 2005 before being promoted to Executive VP in 2010. Then, back in 2016, Bonk was promoted to Chief Operating Officer.

One of the most inclusive organizations in the sports world, the San Francisco 49ers brought in Gordon eight years ago. She’s served as Chief Administrative Officer and general counsel. In today’s NFL, that’s a huge front-office role.

These are just a couple examples of women ascending the ranks of NFL organizations in recent years. But for Trask and others, it would mean a lot more if these types of stories weren’t actual news.

“The recent hiring of women in on field (coaching, trainers) roles is exciting and what will be even more exciting is when this is no longer news,” Trask noted. “Businesses that don’t hire without regard to race, gender, ethnicity and every other individuality which has no bearing on whether one can do a job deserve to fail because they ignore vast swaths of highly qualified job candidates and if there is such a thing as ‘business Darwinism’ they should fail.”

That’s the thing. When something becomes the norm, no longer is it noteworthy. In a broader context, it’s the next step inclusive societies take. Women in these roles wouldn’t have been considered a possibility a quarter-century ago.

While some will hang on to worn-out dogmas, current-day America and the umbrella sports fits under tells us a story of advancements in terms of gender norms and equality.

Women are knowledgeable about sports. Through hard work and dedication, they have made it in a male-dominated industry. The next step is not having to write articles similar to this in the future.

Is the person qualified? Did said person interview well? Would that person be a great addition to a coaching staff or front office? These are the questions Trask and others want to be asked moving forward.

At the very least, we’re entering that stage in the development process. In and of itself, that’s a great thing.