NFLPA president calls for ban on turf at six stadiums 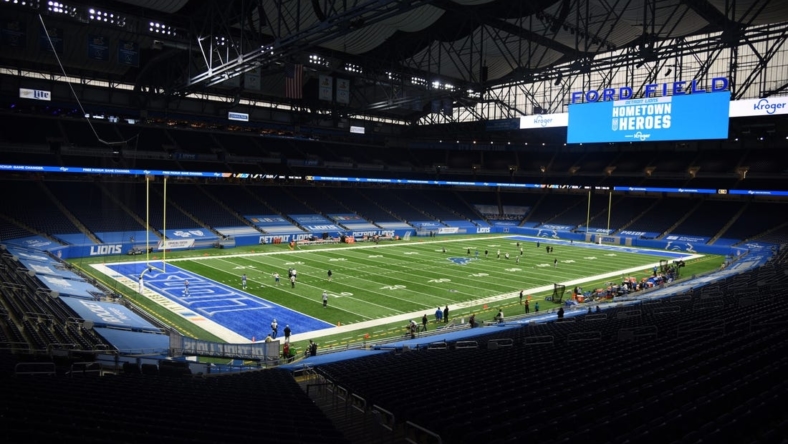 If the NFL wants to assure safer playing conditions, it needs to require immediate changes to the turf at some stadiums and make other modifications, players association president JC Tretter said.

Tretter, in a post on the NFLPA’s website on Saturday, called on the league to ban the slit film playing surface, saying it has led to “statistically higher in-game injury rates” compared to all other surfaces for non-contact injuries and injuries to the lower extremities, such as ankles and feet.

“Player leadership wrote a letter to the NFL this week demanding the immediate removal of these fields and a ban on them going forward, both in stadiums and for practice fields,” Tretter wrote. “The NFL has not only refused to mandate this change immediately, but they have also refused to commit to mandating a change away from slit film in the future at all.”

Players have continued to sound off on the need to improve our fields — all too often after an injury has occurred. If the NFL is as serious as they claim about player safety, here’s what they can do to make #SaferFields https://t.co/2sKNXT0xOn

An ESPN report on Tuesday said a review of non-contact injuries to the knee, ankle and foot is “roughly the same on natural and artificial playing surfaces,” adding the “numbers contradict anecdotal observations this season from a wide swath of players, agents and coaches who have called for the league to convert all surfaces to grass in response to a series of high-profile injuries on artificial turf.”

Green Bay Packers pass rusher Rashan Gary sustained a torn ACL on a non-contact play at Ford Field in Detroit last Sunday. After the injury, his teammate, linebacker De’Vondre Campbell, tweeted: “I think it’s time y’all take some of the money y’all make off us and invest in grass fields for every team around the league. The turf is literally like concrete it has no give when you plant.”

Tretter also called on the NFL to no longer allow games to be played “on fields with clear visual abnormalities.” He cited the field in London earlier this season as having an uneven seam and substandard grass turf in a pair of exhibition games.

“We should not be playing on anything but the best-quality playing surfaces,” Tretter said.

And lastly, Tretter said the NFL needs to “clear the excess people and dangerous equipment” from the sidelines during games.

“We have seen too many injuries because of this issue, and it really should be a simple fix,” Tretter said. “Give the players their space to perform.”

The NFL did not immediately respond to Tretter’s memo.