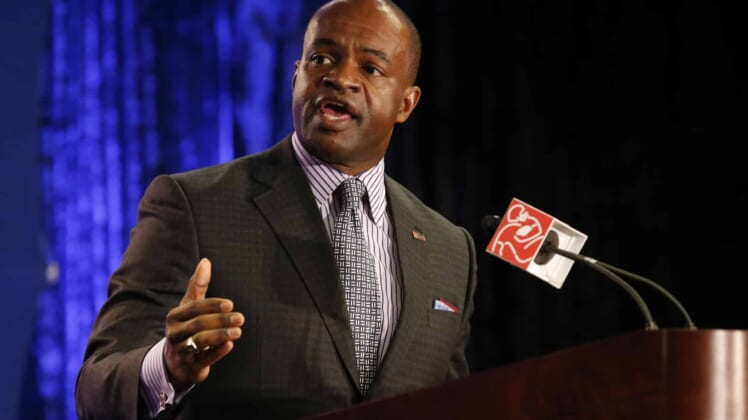 As a means to protect NFL players from social media blunders, the NFLPA has contracted a cyber-defense services firm, K2 Intelligence, Matt Schneidman of the New York Post reports.

“We are enthusiastic to make this state-of-the-art cybersecurity solution package available to NFLPA members and their families to stay secure and to help with problems as they occur,” NFLPA Security & Operations Director Tim Christine said in a release, via The Post.

It seems like we see at least one player, coach or other major figure from a major sport finding trouble on social media on a weekly basis.

Sometimes it’s their own darn fault for posting something ridiculous or insensitive. Other times it’s a result of a nefarious hack job, which was highlighted this past week when someone hacked into the NFL’s Twitter account to announce commissioner Roger Goodell had died. The NFL’s response was to contact law enforcement, along with bolstering its own cyber protection.

Earlier this year, before he became a rookie offensive tackle with the Miami Dolphins, Laremy Tunsil had his account hacked on draft day. An old video of Tunsil smoking out of a gas mask bong was posted on his Twitter account, and details of him taking money from a coach at Ole Miss were spread on his Instagram account. As a result of that attack, he suffered financially when he fell in the 2016 NFL Draft.

These two major examples, along with many others, have highlighted the need for education and protection, which the NFLPA hopes K2 Intelligence will be able to provide for players.

“We would want to take extra steps to make sure they’re trusting the right people,” Jordan Arnold, head of private clientele for K2, told The Post. “Misplaced trust can transform a reputation.”

Some of those steps would include “using complex passwords, putting locks on in-home WiFi and establishing a two-step authentication process so a confirmation code is needed to unlock an account,” Schneidman writes.

Any instruction players can receive regarding how they manage their social media accounts must be viewed as a big positive. The NFLPA is certainly doing the right thing now. The only question this scribe really has is this: Why did it take this long for these measures to be taken?