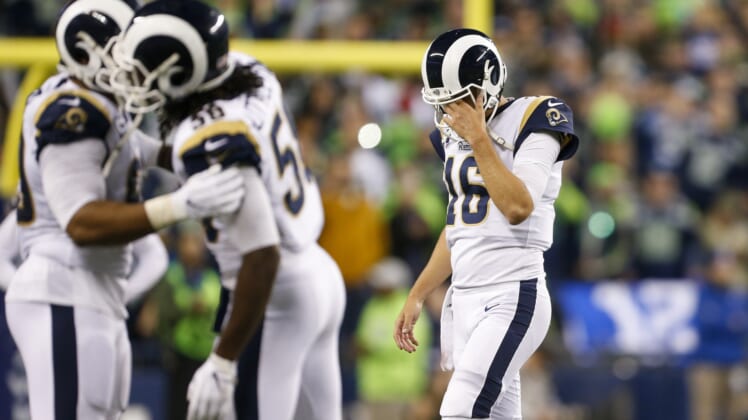 After weeks of being ridiculed by football fans for their leaked logo, the Los Angeles Rams officially unveiled their new logo design on Monday and things didn’t go well.

We can only assume the Rams spent countless months and dollars going over potential designs for a new logo that would bring excitement to the fans and represent the start of a new era for the organization. Instead, the Rams revealed a logo with a striking resemblance to the Los Angeles Chargers.

While the team built up the reveal of its logo on Monday afternoon as a huge event, the reaction went horribly. Rams fans were horrified at the sight of the new logo, while NFL fans had their fun mocking it.