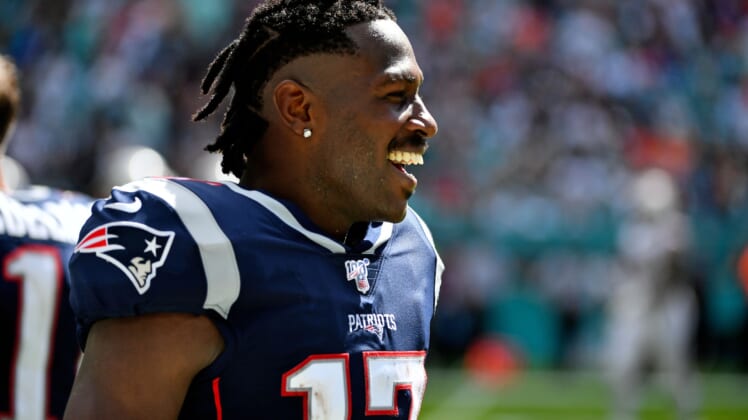 The NFL world woke up to shocking news on Friday morning when it learned the New Orleans Saints brought in free-agent receiver Antonio Brown for a workout.

Brown, in fitting fashion, first broke the news on Instagram by posting a picture of a signed free-agent waiver form with the Saints. As speculation intensified, multiple reporters then confirmed that he is in New Orleans for a workout with the team.

The star receiver is among the most gifted players in the NFL, even in his age-31 season. If he were to sign with the Saints, it would give the team two of the NFL’s best receivers with Michael Thomas just setting the NFL’s single-season reception record in Week 16.

Of course, Brown comes with major red flags. The star receiver’s availability for this season, even if he signed today, is in question with multiple allegations of sexual assault against him. He also has a history of lashing out at the NFL on social media, including a recent tweet about hypothetically beating his kid.

While the NFL’s investigation into Brown continues, it didn’t stop New Orleans from bringing him in for a workout on Friday. When that news broke, the NFL world erupted on Twitter with strong reactions to the move by the Saints.

Of course, while everyone wanted to keep having fun thinking about the possibilities, NFL Network’s Ian Rapoport cooled some of the speculation by reporting Brown will likely be placed on the Commissioner’s Exempt list if he signs.

We’ll certainly have to see how the saga that has surrounded Brown now plays out now that he has worked out for a team.