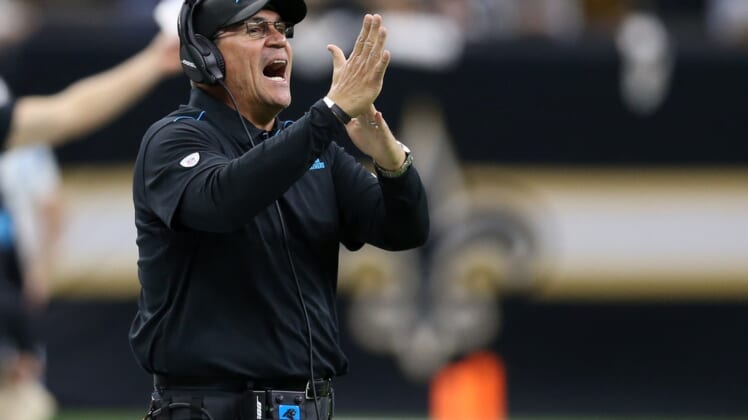 The Carolina Panthers are not wasting any time looking to the future. In a shocking move on Tuesday, Carolina decided to fire longtime head coach Ron Rivera.

Still technically alive in the NFC Playoff race, this move comes following a brutal loss to the Washington Redskins this past Sunday.

Rivera, 57, led Carolina to a 76-61-1 record in eight-plus seasons as the team’s head coach. That includes a Super Bowl appearance following the 2015 season.

It goes without saying that the NFL world was thrown for a loop by the firing.