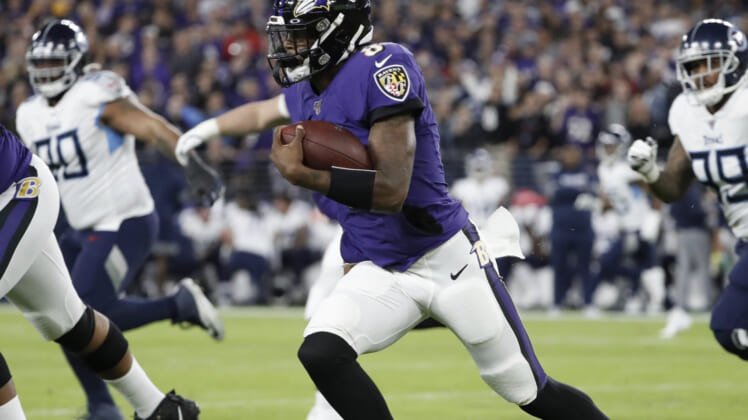 In fact, Jackson threw an interception on just his second pass attempt of the game. The throw itself bounced off the hands of Ravens tight end Mark Andrews.

However, that’s not the story here. Rather, it’s all about Jackson’s tackle attempt of Kevin Byard that led to a 15-yard penalty that had the football world up in arms.

Here are some of the best reactions to Jackson going full Benny Hill Saturday night.