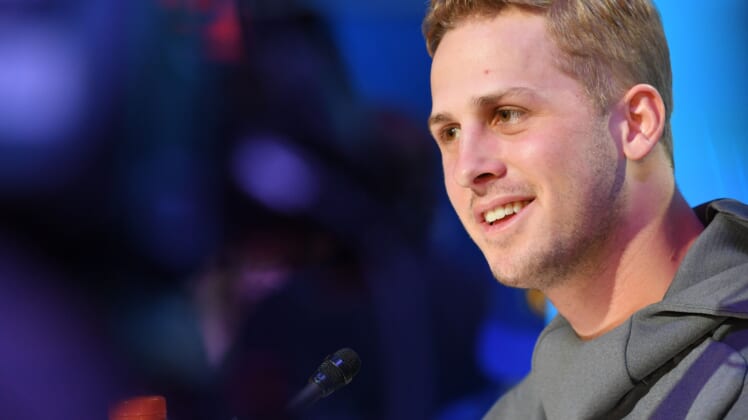 The latter part of the summer was pretty good for NFL players looking to get some extra spending money for the fall. Now with Labor Day having passed, Los Angeles Rams quarterback Jared Goff has fallen in line.

Multiple media reports on Tuesday indicate that Goff will sign a four-year extension with the Rams valued at north of $32 million annually. The deal is also expected to set a new record for guaranteed cash. Not a bad little pay day for the Super Bowl quarterback.

Goff joins the likes Russell Wilson and Carson Wentz as quarterbacks who have seen teams back up the Brinks Truck for them.

There is, however, a debate raging around the social media world regarding Goff’s worth. He struggled during the latter half of last season and into the playoffs. Is the former No. 1 overall pick worth what Los Angeles is about to pay him?

The football world had its opinions.