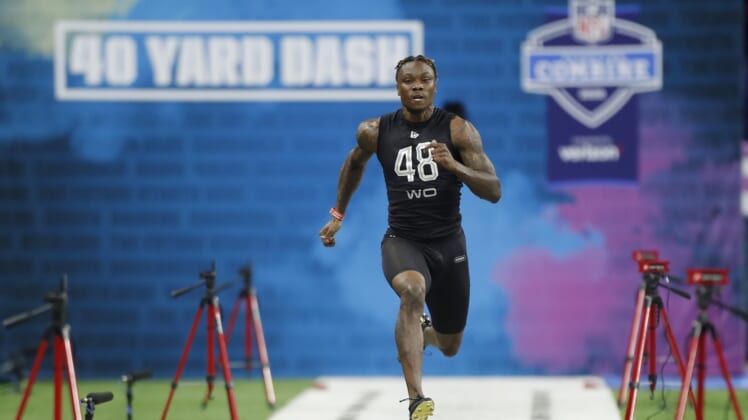 Former Alabama receiver Henry Ruggs didn’t break the record, but he came close and looked like he wasn’t even trying on Thursday at the 2020 NFL Scouting Combine.

Ruggs was slightly slower, at 4.31 seconds, on his second run. Though, it must be said that people watching live had him going even faster.

Here’s a look at Ruggs and Ross in a simulcam view.

Even without breaking the record, Ruggs broke social media with his speed.