NFL training camp in jeopardy due to COVID-19? 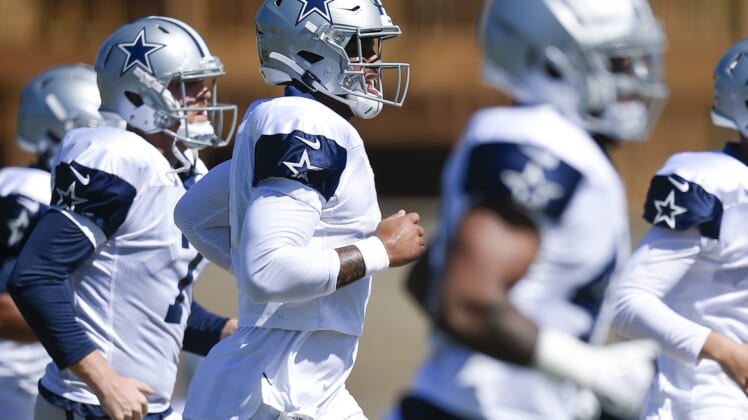 Coming off a wildly successful 2020 NFL Draft, the NFL is more confident than ever that the 2020 season will start on time in the fall. As the COVID-19 pandemic has proven, things can quickly change.

The NFL could experience a mind-blowing hit to its annual revenue even if a full 17-week season is played and the schedule starts on time. As of now, though, the league is reportedly at risk of falling behind schedule.

NFL training camp in jeopardy due to COVID-19

NFL teams have already had to adjust their practice schedule. After the Baltimore Ravens president disclosed that organized team activities could be canceled, teams are now holding virtual OTAs when they would typically be practicing together.

Under the NFL’s current schedule, teams are permitted to start their training camp for rookies in mid-July and the full camp opens for all players shortly after. However, despite the league’s public stance that it will stick to its schedule, ESPN’s Adam Schefter revealed the NFL’s plan for training camp likely won’t last.

The NFL closed all team facilities in March and won’t allow any team to re-open their facilities until all 32 teams receive clearance from state and local officials. Even as some states start to lift stay-at-home restrictions and allow more businesses to open, the NFL can’t take that step until every team receives that clearance.

If the NFL is forced to postpone the start of training camp, it’s very bad news for the 2020 season.

Despite optimism from top league officials that the upcoming season will start on time, many others aren’t as optimistic. In a recent poll, 77% of Americans surveyed agreed the season should be delayed if players don’t have adequate time in the summer to practice.

The feeling is shared by several around the league. Multiple team executives and head coaches have also privately indicated they expect the 2020 season to be delayed. Furthermore, there is a growing fear among coaches that players may refuse to practice or play amid the pandemic out of concern for their safety.

Unsurprisingly, the NFL is considering contingency plans if it is forced to delay the 2020 season. One possibility is pushing the start of the season into October, which would delay the Super Bowl until the end of February. The NFL has already taken steps that also hint at a potential quarantined season.

The NFL could already lose billions in revenue under a full season played in empty stadiums. If the league is forced to delay or shorten the season, the economic impact would be even worse. While there is little doubt around the league that football will be played in 2020, it remains a mystery when games will actually be played.