NFL to give players opt-out option for 2020 season? 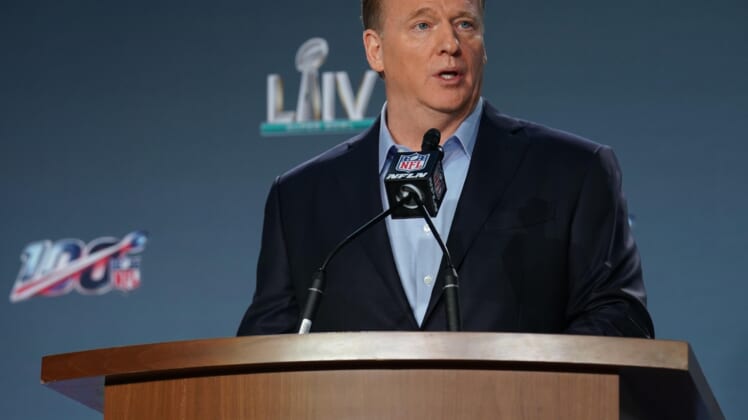 As the NFL prepares for the 2020 season, many players are nervous about how things will unfold for the COVID-19 pandemic. Now, with training camp just a month away, the NFL could now be considering a significant step that could shake up the 2020 season.

Will NFL players sit out the 2020 season due to COVID-19 pandemic?

Entering the week, nearly one-third of NFL teams had at least one player test positive for COVID-19. Meanwhile, the Tampa Bay Buccaneers, Denver Broncos, Houston Texans and Dallas Cowboys were confirmed to have multiple cases.

Players haven’t even reported for training camp yet and the league is already experiencing an outbreak. Meanwhile, the NFL’s strict social distancing guidelines for locker rooms have been roundly criticized by head coaches.

Amid growing concern among the players and the sudden increase of coronavirus cases across the United States, the NFL is now considering a major change. Specifically, per Pro Football Talk’s Mike Florio, the league is discussing allowing players the option to sit out this season.

Whether a player doesn’t feel safe playing football and being in a locker room during a pandemic, they have family members in at-risk groups for COVID-19 or even the player has a health condition, the NFL could allow them to sit out.

The same policy could also apply to coaches, with a majority being in the at-risk group due to their age. If any of the league’s personnel doesn’t feel safe playing, the NFL might be prepared to let them sit out the season.

While it remains to be seen if this policy will be implemented and how salaries will be paid out for those that due sit, it could be a step in the right direction for the NFL. The league remains confident there will be a 2020 season, but that feels far less certain than it did a few weeks ago.