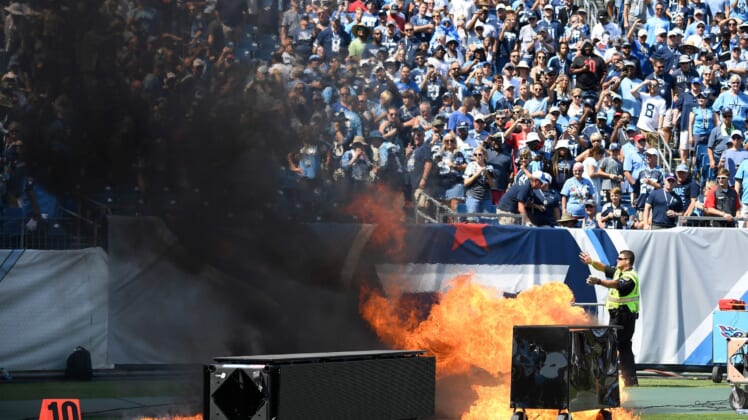 The NFL has at least put a temporary ban on the use of pyrotechnics in the wake of the fire that broke out on the field at Nissan Stadium ahead of the Tennessee Titans game Sunday.

Per Kevin Seifert of ESPN, the ban “will remain in place at least until its review of the incident is completed. According to a separate statement from the Minnesota Vikings, teams can still use pyrotechnics away from the field, such as those released along the roof of U.S. Bank Stadium.”

Ahead of last Sunday’s game at Nissan Stadium, a pyrotechnic machine sparked a pretty intense little inferno on the field that thankfully was quickly put out by team staff. Nobody was injured in the incident, but the league is smart to take extra measures to ensure such an accident doesn’t happen again in the future.