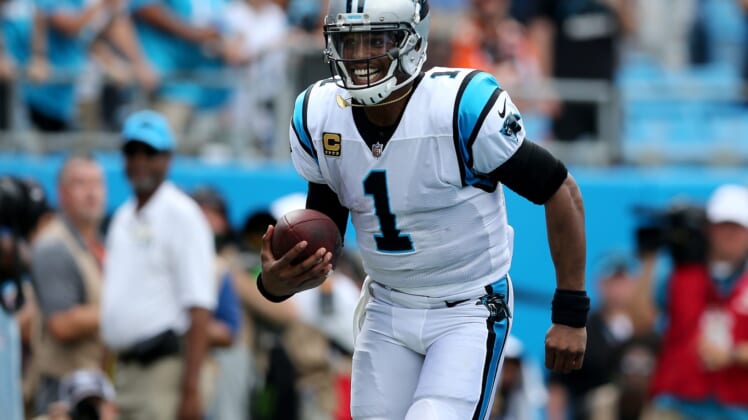 When the Carolina Panthers released Cam Newton in March, many expected the former NFL MVP to find work quickly as the top quarterback available on the open market. Now more than a month after being released, Newton remains a free agent with little indication he will find a team quickly.

Newton, a three-time Pro Bowl selection, is just a few years removed from carrying the Carolina Panthers to the Super Bowl. Unfortunately for the 30-year-old quarterback, his list of accomplishments is being outweighed by two major concerns around the NFL, per Bleacher Report’s Mike Freeman.

While Newton missed just three games across his first seven NFL seasons, his body took an alarming number of hits because of his unique abilities as a dual-threat quarterback. He played through pain in his shoulder during the 2018 season before sitting out the final two games. Newton underwent shoulder surgery, marking the second operation he underwent on his throwing shoulder after having a partially torn rotator cuff repaired in 2017.

He returned for training camp and started throwing well, displaying some of the arm strength everyone recognized. Unfortunately, he suffered an ankle injury in his 2019 preseason debut. While he managed to return for Week 1 of the regular season, Newton aggravated the foot injury on Thursday Night Football in Week 2. He was later diagnosed with a Lisfranc injury and missed the remainder of the season before finally undergoing surgery in December.

While Newton has seemingly started to recover nicely from the surgery, even working out with other NFL players, he has not generated much interest since being released. Organizations are reportedly uncertain about his recovery from surgery and with facilities shut down across the NFL, he is unable to meet with teams to prove he is healthy.

Can he fit into NFL offenses?

Even if Newton could prove he is healthy, there are reportedly now issues over his talent translating to different offenses. The concerns are compounded by the fact that teams aren’t allowed to hold in-person practices and with training camp now at risk of being pushed back, it would give Newton even less time to gain familiarity with a new offense.

However, skepticism regarding Newton’s ability to fit in different NFL offenses feels ridiculous. He is still in his prime and is just a year removed from posting a 94.2 quarterback rating with 28 total touchdowns and a 67.9% completion rate. Furthermore, Newton has accounted for nearly 30,000 passing yards and 5,000 rushing yards in his career. While he hasn’t made the Pro Bowl since 2015, Newton was still playing at a high level when healthy.

The New England Patriots seemed like the perfect fit for Newton. He would be an immediate upgrade over Jarrett Stidham and might help the team compete for the playoffs in 2020. As of now, though, Newton isn’t in the Patriots’ plans. Despite possessing plenty of talent and an unmatched resume, it looks like Newton will remain a free agency into the summer.