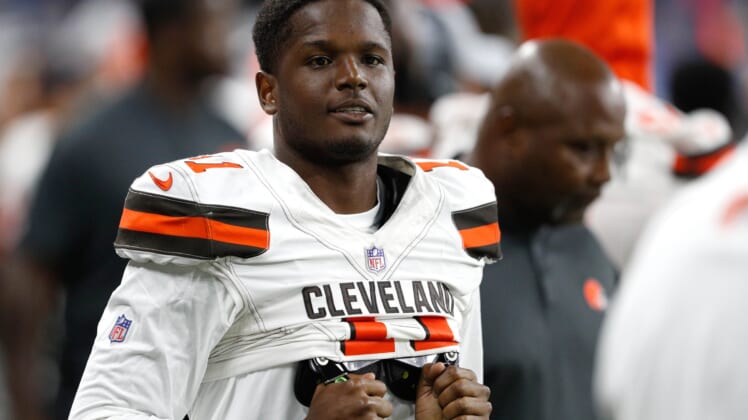 This suspension seems to stem from Callaway receiving a citation for marijuana possession prior to his rookie season.

Callaway, 22, was a fourth-round pick of the Browns last year after having multiple off-field incidents as a member of the Florida Gators.

He responded by putting up a stellar rookie season, recording 43 receptions for 586 yards and five touchdowns in 11 starts.

Callaway was expected to break camp as the Browns’ starting slot receiver with Odell Beckham Jr. and Jarvis Landry on the outside.