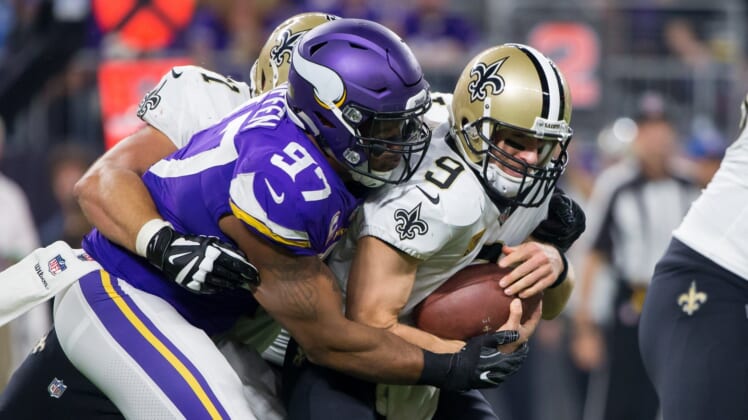 New Orleans Saints fans are trying to deal with the pain of losing to the Minnesota Vikings in jaw-dropping fashion, and NFL Shop accidentally added to the sadness.

In an email blast, the site advertised Saints gear as a way to celebrate the team advancing to the NFC Championship. But no, they’re not the Minnesota Saints.

NFL Shop has made a terrible, terrible mistake. As if this wasn't the worst Monday already. -dc pic.twitter.com/O2bsdOmUTE

Whatever the reason for the error, it’s an agonizing reminder for Saints fans who thought their favorite teams was headed to the next round.

Against the Minnesota Vikings in the Divisional Round, New Orleans recovered from a 17-0 deficit and took a 21-20 lead during the fourth quarter. After the Vikings kicked a field goal, the Saints responded with one of their own for a 24-23 advantage as the clock ticked below 30 seconds.

Then, with just 10 seconds remaining, Minnesota had zero timeouts and needed a miracle from its own 39-yard line.