Buffalo starting quarterback Josh Allen passed for 194 and two touchdowns in his preseason debut to lead the Bills to a 19-0 victory over the visiting Green Bay Packers.

The Bills finished the preseason 3-0.

Allen finished 20-for-26 passing in three series before giving way to Jake Fromm and Davis Webb in the second half.

Packers quarterback Jordan Love returned from a shoulder injury to finish 12 of 18 for 149 yards and an interception. The Packers finished the preseason 0-3, resting most of their starters.

Tyler Huntley threw for four touchdowns to lead Baltimore to an NFL-record 20th straight preseason victory. However, the Ravens lost starting running back J.K. Dobbins to a knee injury in the first quarter. Ravens quarterback Lamar Jackson made his preseason debut but didn’t play much, finishing with 29 yards passing on 3-for-4 passing. Huntley played the rest of the way, completing 24 of 33 passes for 285 yards. Kyle Allen completed 10-of-22 passes for 100 yards for Washington, which finished its preseason 1-2.

Jesper Horsted caught three touchdown passes and Nick Foles threw for 142 yards and two touchdowns to lead Chicago past Tennessee. Foles connected with Horsted on a 54-yard TD throw at 6:51 of the fourth quarter for the game-winning score. Horsted finished with 104 yards receiving. Logan Woodside completed 12-of-17 passes for 100 yards and a touchdown for the Titans. Woodside and Matt Barkley threw an interception apiece. The Titans rushed for 181 yards and two touchdowns as a team. 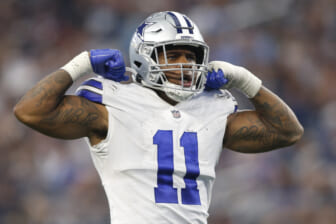 Also Read:
Top 2021 NFL Rookie of the Year candidates: Micah Parsons near top, with QBs nowhere to be found