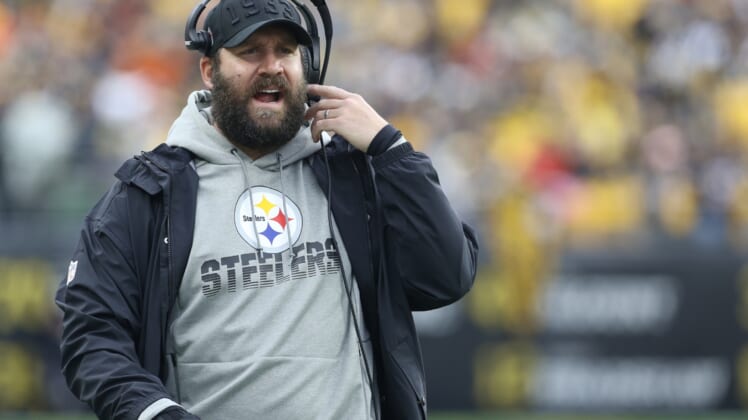 The Pittsburgh Steelers have spent the offseason hyping up the return of Ben Roethlisberger for the 2020 season. While he might have spent several months recovering from elbow surgery, though, one NFL reporter made it clear that staying in shape isn’t something Roethlisberger cares about.

In a mailbag with readers, The Athletic’s Jay Glazer called out Roethlisberger’s offseason training program and suggested the future Hall of Fame quarterback is more likely to hit the golf course then a gym.

First of all, let’s not put the words fitness and Ben Roethlisberger together, they are allergic to each other,” Jay Glazer said, via The Athletic. “There is no fitness in Ben Roethlisberger. His idea of a great off-season workout program is doing one yoga session, playing golf, and drinking some beer. However, yes, what Mike Tomlin and Roethlisberger have done there has been incredible.”

Roethlisberger hasn’t exactly been one of the NFL’s skinniest quarterbacks, but his massive size at 6-foot-5 often makes it difficult for defenders to bring him down. He also looked good throwing the football in February and his work this offseason to have an epic beard drew rave reviews.

It’s unusual to see a reporter publicly blast an athlete for their workout routine and training. But Glazer seems to have no issue blasting players he feels aren’t preparing their body the right way for an NFL season.