The best plays of the NFL season will soon be available as NFTs (non-fungible tokens) after a deal reached between the league, its players and Dapper Labs was announced on Wednesday.

Dapper Labs, which also makes digital collectibles for the NBA, will be tasked with creating unique digital video of the plays as NFTs that fans can then purchase as a sort of digital trading card.

“We are thrilled to partner with Dapper Labs in its launch of NFL digital video collectibles,” said Joe Ruggiero, the NFL senior vice president of consumer products. “We believe blockchain technology has great potential to enhance the NFL fan experience in the future and we are excited to have Dapper Labs as one of our first collaborators in exploring this emerging space.” 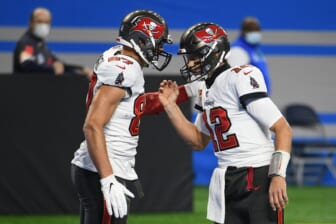 “From the Hail Murray to the Minneapolis Miracle, magic happens in NFL stadiums. As a league that continually raises the bar, we are proud that the NFL and NFLPA have chosen Dapper Labs to deliver for NFL fans worldwide the Moments they’ve been waiting for. We can’t wait to give the more than 300 million NFL fans the opportunity to own the game that matters to them and engage with the sport in a whole new way,” Dapper Labs CEO Roham Gharegozlou said.

The NFTs are slated to begin becoming available later this season.