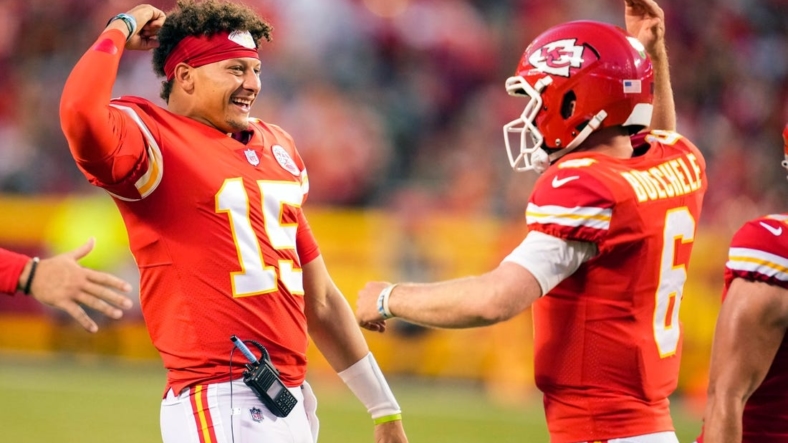 The Kansas City Chiefs won their final preseason game 17-10 over the visiting Green Bay Packers on Thursday, but a first-quarter penalty overshadowed all of the action.

Ahead of their first offensive play, the Chiefs (2-1) paid tribute to Hall of Fame quarterback Len Dawson, who died on Wednesday at age 87. Quarterback Patrick Mahomes, a former Super Bowl MVP like Dawson, lined up his teammates in the “choir huddle” formation that Dawson used to employ.

Mahomes’ 10 teammates aligned in two rows of five facing the quarterback, who let the play clock expire. Mahomes then jogged off the field, waving to the fans to cheer, and he didn’t return to action.

The Packers (1-2) also sat out their star quarterback, Aaron Rodgers.

The star of the night was Kansas City’s third-string QB, Shane Buechele, who completed 11 of 17 passes for 166 yards and two touchdowns, both to tight end Matt Bushman.

Green Bay’s Jordan Love finished 16 of 26 for 148 yards with one interception.

Davis Mills threw a 16-yard touchdown pass to Chris Moore early in the third quarter, and Houston rolled to a home win over San Francisco.