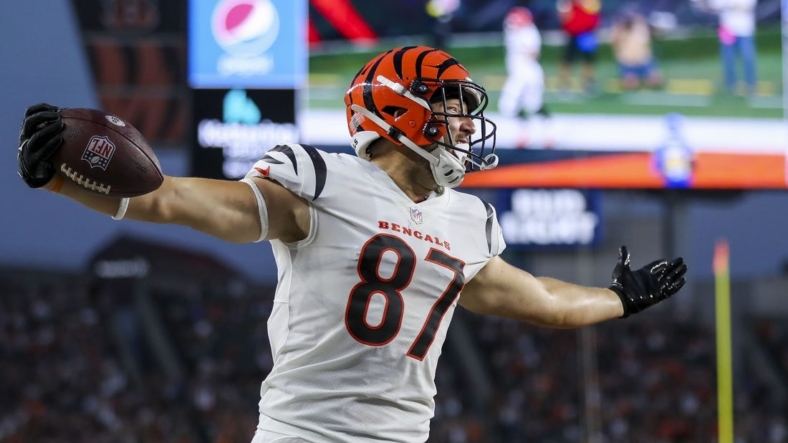 Jake Browning threw for 173 yards and a touchdown on 19-for-24 passing to lead the host Cincinnati Bengals to a 16-7 preseason victory over the Los Angeles Rams on Saturday night in a rematch of Super Bowl LVI.

Browning found tight end Justin Rigg for a 3-yard score late in the fourth quarter to extend a Bengals lead that had been forged by kicker Evan McPherson, who made three field goals in the first half to put Cincinnati up 9-0.

Los Angeles got its only points thanks to a 3-yard rushing touchdown from Bryce Perkins. Perkins completed 14 of 19 passes for 143 yards and added 33 yards on the ground on eight carries.

The Bengals’ defense stood strong all game, holding the Rams to 237 yards of total offense.

Three running backs each found the end zone once as Atlanta cruised past visiting Jacksonville.

Caleb Huntley, Qadree Ollison and Tyler Allgeier all scored on the ground, and Allgeier also hauled in a receiving touchdown for the Falcons. Laquon Treadwill was responsible for the Jaguars’ only touchdown, finding himself on the receiving end of a 7-yard pass from E.J. Perry.