Now that the playoff field is down to only eight entering this weekend's Divisional Round, which NFL players have the most to lose ahead of the offseason? 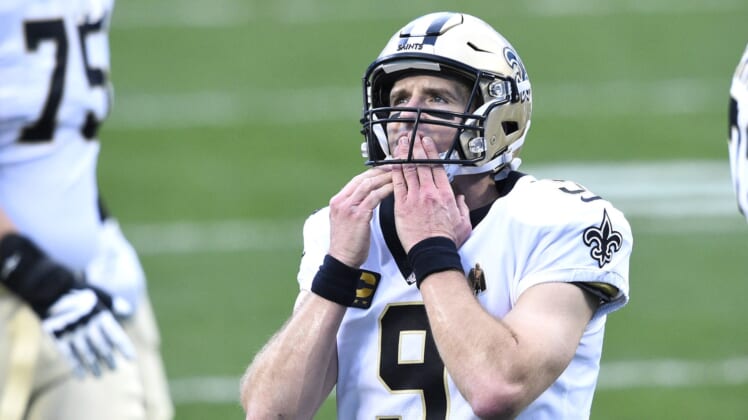 With eight teams left in the playoffs, the Super Bowl — and soon, the offseason — are quickly approaching. Franchises like the Pittsburgh Steelers will likely have to make a bunch of changes to accommodate Ben Roethlisberger’s salary, losing key players to stay under the cap. The same goes for cash-strapped teams like the New Orleans Saints, who are still in hot pursuit of a championship.

As free agents eye new cities and front offices potentially making big changes, we examine an NFL player or personnel member from every current playoff team with the most to lose this offseason.

With retirement on the horizon for the 42-year-old quarterback, Brees is heading into his divisional matchup with Tom Brady with what’s likely his last shot at the Super Bowl. He’s won only one championship to date and, with what is probably his best all-around lineup since he last hoisted the Lombardi Trophy in 2010.

Brees’ potential retirement easily puts him at the top of the list of NFL players with the most to lose this season, as New Orleans doesn’t have a great contingency plan in place of him for next season and beyond with Taysom Hill and Jameis Winston currently on the roster.

Barrett is set to become a free agent this offseason, after receiving a $15.8 million tag for the 2020 campaign. His play the last two years has been impressive, with 27.5 sacks, 115 total tackles, eight forced fumbles and five passes defensed making Barrett one of the best defensive NFL players.

While there’s a possibility the Bucs could tag him again for the upcoming season, they could opt to let Barrett go and test the waters in free agency. It’s a toss-up between Barrett and free agent Rob Gronkowski to make it on this list. However, Barrett gets the slight not here just because Gronk is playing on borrowed time.

With the Cleveland Browns putting up their most impressive season in a long time and making the playoffs for the first time since 2002, they seem to be proving that they are more than fine without their most famous wide receiver.

OBJ joined the Browns after being traded from the Giants, but suffered an injury about halfway through the season. If Cleveland doesn’t need him, other teams like the New England Patriots, could use him, which may mean OBJ finds himself on the trading block yet again.

Beckham could well be traded in the offseason for the Browns to acquire more draft picks, or to pad their already impressive roster with an established player. It’s weird to say that one of the most famous NFL players could be on the block because of his team’s impressive play. Such is the confusion and unexpected nature of the Browns’ season.

Impending free agent Jones is young at just 26, he still has a lot of potential in him and could just be one of the NFL players facing free agency in the offseason, thanks in part to Green Bay’s salary cap woes. Jones hit 1,000 rushing yards this season, but was still oft-overlooked in terms of league’s best conversations.

At the end of December, Jones was limited in practice by a toe injury, yet still proved to be one of the most valuable offensive assets for the Packers this season. Just the same, Green Bay could walk away from Jones and look to replace him with someone else on the free agency market. They also selected a running back early in the 2020 draft: second-round Boston College product AJ Dillon.

While this might be the closest Le’Veon Bell will ever come to a Super Bowl, he signed a one-year deal with the Chiefs, hoping that he would pad their offensive corps and give them back-to-back championships. Even though he’s a cheap signing for the team, they could very well choose to let him go, instead looking to their younger running backs to develop to work as they need them.

Bell will likely be one of the more sought-after NFL free agents, but he may be resigned to return to the New York Jets or another team with little playoff potential. He could be on a path to be one of the greatest NFL players who didn’t win a Super Bowl if he can’t step up for Kansas City amid its championship defense.

After being listed as inactive for the Ravens’ Wild Card matchup against the Tennessee Titans, Ingram’s future with Baltimore is increasingly questionable because of his decreased production this season. The 31-year old running back has seen the lightest work load he’s seen in a long time, and the Ravens just might look to get any assets available for him while they still can.

The Titans matchup wasn’t the first time he was a healthy scratch for the Ravens, either: Ingram was listed as inactive for their Week 15 matchup against the Jaguars and appeared on the field for only one play in a key divisional matchup against the Cleveland Browns. Evidently, the Ravens think they can compete without their longtime back thanks to the presence of Gus Edwards, rookie J.K. Dobbins and, of course, Lamar Jackson running the ball as only he can from the quarterback position.

This may seem weird and jarring at first, but consider the Bills’ lineup: there are no significant free agents and no retirements that leave a gaping hole. Allen has been absolutely lights out this season, leading Buffalo to an incredible offseason and its first playoff appearance since before he was born.

But if Allen loses to Lamar Jackson and the Ravens, he could face the same fate and questions as Lamar does: can he win when it counts? Can he perform against other elite quarterbacks? He’s still young, and a big loss to a quarterback in his age range could plague him for the next phase of his career.