NFL people convinced Giants will go QB in Round 1 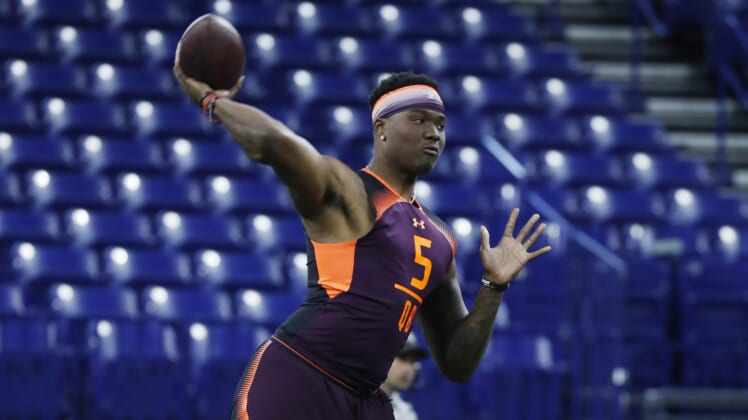 Will the New York Giants select Eli Manning’s replacement in the first round of the NFL Draft? A growing sentiment suggests that it could well happen.

Speaking on the NFL Network, Ian Rapoport of NFL.com noted that the Giants are high on both Dwayne Haskins and Daniel Jones. To that end, people in the NFL believe that the Giants will go with a quarterback with their first pick.

“Of course, the conventional wisdom now feels like the Giants will pass on a quarterback at six,” Rapoport said. But it is fascinating for me — the amount of people I’ve spoken with — who now are convinced, convinced that the Giants will take one at six.”

The news about how New York views Manning has been conflicting. Coach Pat Shurmur wants to find the quarterback of the future. That would suggest that either Haskins or Jones at No. 6 would be very plausible.

On the other hand, another report has suggested that the Giants may be looking at Manning for not just 2019, but 2020, as well. Keeping a first-round quarterback benched for one year is hard enough. Two is essentially impossible.

Obviously, the big question for New York is whether Haskins or Jones is good enough to be the franchise quarterback. Given Eli Manning’s decline, if the Giants are high on either one, drafting the next signal caller would only make sense.