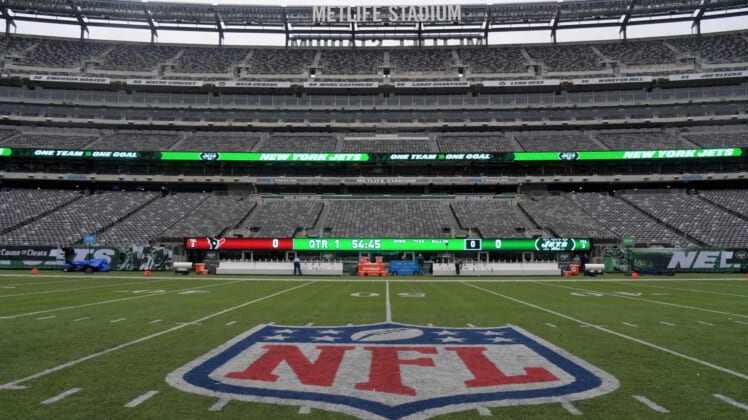 Just weeks before NFL players are set to report for training camp, the NFL Players Association is warning them that the 2020 season could be in jeopardy. They aren’t the only ones concerned a worsening COVID-19 pandemic could cancel the 2020 NFL season.

Will the NFL season be played this year due to COVID-19?

The NFL made its first significant change to the 2020 schedule by eliminating two preseason games. Now with increasing concern from the NFLPA regarding the regular season starting on time, NFL owners are reportedly fearful that the entire 2020 season could be canceled.

According to SI.com’s Albert Breer, some NFL teams have held off on finalizing contracts that they agreed to with free agents and draft picks months ago. As a team told one agent, ownership is fearful that the season will be canceled if the COVID-19 pandemic worsens.

All of this comes at a time when NFL teams were already feeling uneasy about the season with cases of the coronavirus spiking across the United States. Yet, while many players and teams are concerned, the NFL keeps moving forward even without a COVID-19 testing system in place.

The NFL is still preparing for the 2020 season as if fans will be able to attend games this fall. However, any fan that enters an NFL stadium might need to sign a liability waiver to protect the league from any fan that contracts the coronavirus at a game.

While there remains some confidence in league offices that attendance will be permitted during the 2020 season, the optimism is declining. Even if the season begins on schedule in September, there will likely be minimal attendance

The NFL is already thinking of creative ways to make up for some of the lost stadium revenue, but the league could still lose billions of dollars in profit this year.