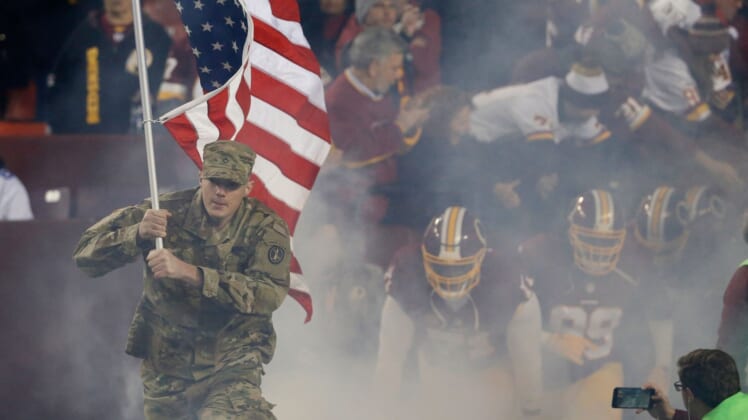 For just one day, NFL players should stand with us. They should stand with those who lost their lives 15 years ago. Those who have served and died to protect our freedoms since. And those of us still scarred by the events of September 11, 2001.

It was 15 years ago that nearly 3,000 people were taken from us in a terrorist attack that seemingly tore us apart from the core.

We all remember where we were that fateful Tuesday morning. Getting coffee and preparing for our days. Taking our children to school. Logging on to the computer at work. Putting on our uniforms to serve the public.

Then, in one instant, the world changed forever. International terrorism — long a problem far from our shores — hit at the heart of the American financial and military complexes.

Souls from 50-plus nations and all different religions were killed by an evil that most of us could scarcely imagine before that September day.

In the days following the terrorist attacks, something changed in America. On September 10th, we were a modern society that had been defined by a technological revolution that separated us from one another and our shared heritage as Americans. 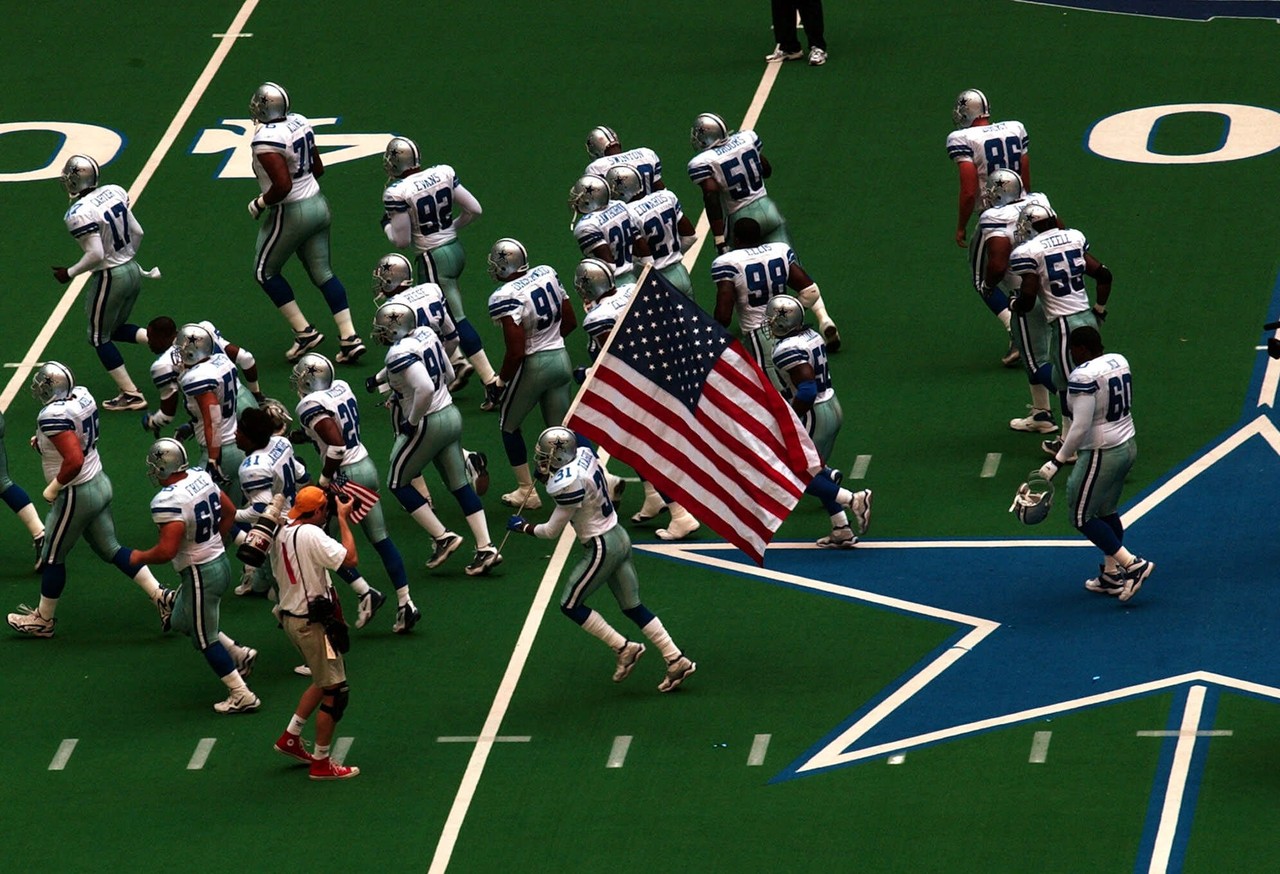 On the night of 9/11, we became Americans. Patriotism took hold. The flag meant something again. The closeness of our people became prevalent.

As America mourned the worst attack it had ever endured, sports became an outlet. It wasn’t that we were somehow looking to forget about the events of our times. Instead, it was that we wanted something else to focus on — maybe a way to regain some sense of normalcy.

Baseball returned with then President George W. Bush throwing out the first pitch at a New York Yankees game — a game that included hundreds of first responders.

Then, football returned. It wasn’t a normal Sunday on the gridiron. Field-sized flags were draped over the stadiums. Small tokens of our patriotism filled the stands. The national anthem was performed. It meant something. “America the Beautiful” became prevalent around NFL stadiums.

As sports have represented the shared identity of Americans through the years, they played the role of a healer at a time when this nation needed it.

Fast forward 15 years, and Week 1 of the 2016 NFL season is set to kick off on September 11th. It kicks off at a vastly different time in the world — a world that has gone through so much since the Twin Towers were destroyed. 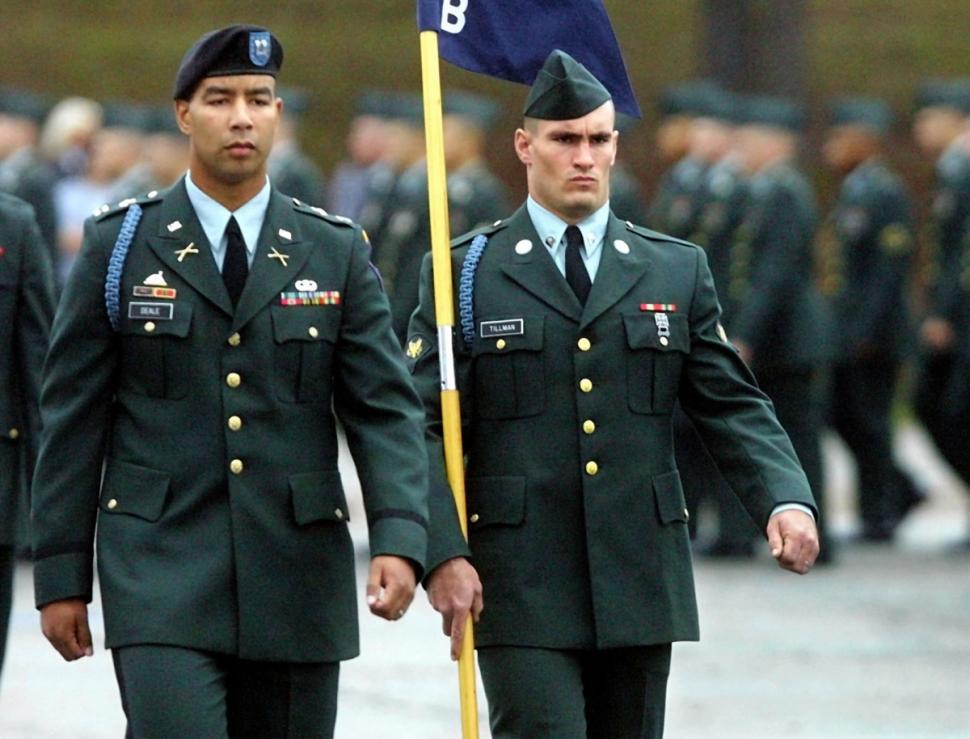 Courtesy of NY Daily News: Pat Tillman gave up the riches of the NFL, lost his life in battle.

Thousands more Americans have died on the battlefield under the guise of protecting the homeland from terrorism.

We have soldiers all throughout the Middle East and Horn of Africa. International terrorism has become more prevalent European capital cities. An Islamic State has been formed in Syria.

Division, divisiveness, rhetoric and hatred has taken over the international stage and here at home have become more widespread.

Though, some great things have happened at home since. Human rights has taken on a new meaning with the LGBT population finally being recognized as equal. 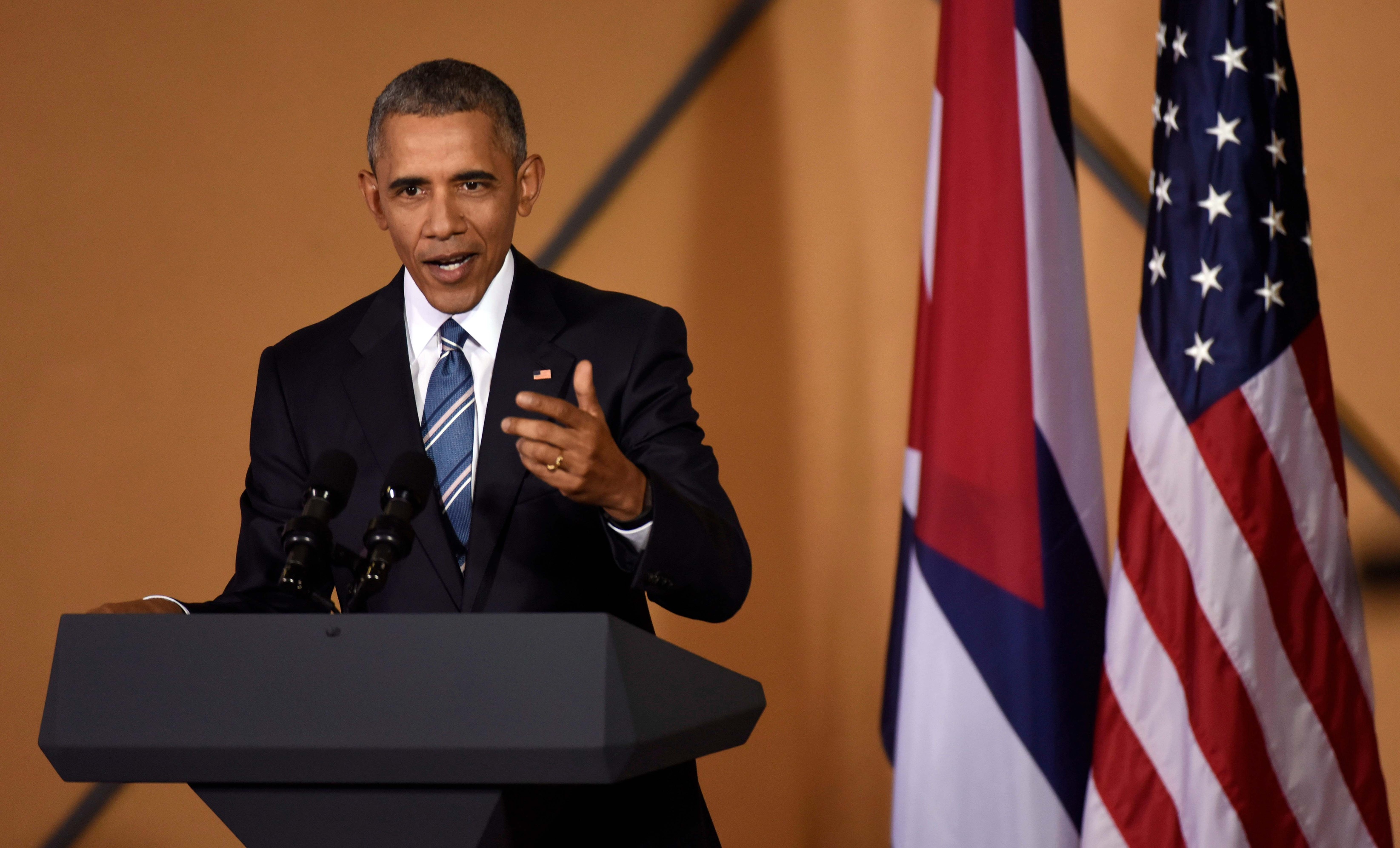 We elected our first African-American president. A female presidential candidate stands a good chance to follow him to the Oval Office. Politics aside, these are monumental steps towards the progression of the American society.

This all comes at a time when racial tension is boiling over. It’s a tension we have not seen on the streets since the height of the African American civil rights movement. It also speaks to the growing divide between those in power and those still shackled by the oppression of racist American institutions.

It’s in this that San Francisco 49ers quarterback Colin Kaepernick decided to take a seat for the national anthem prior to his team’s first three preseason games. 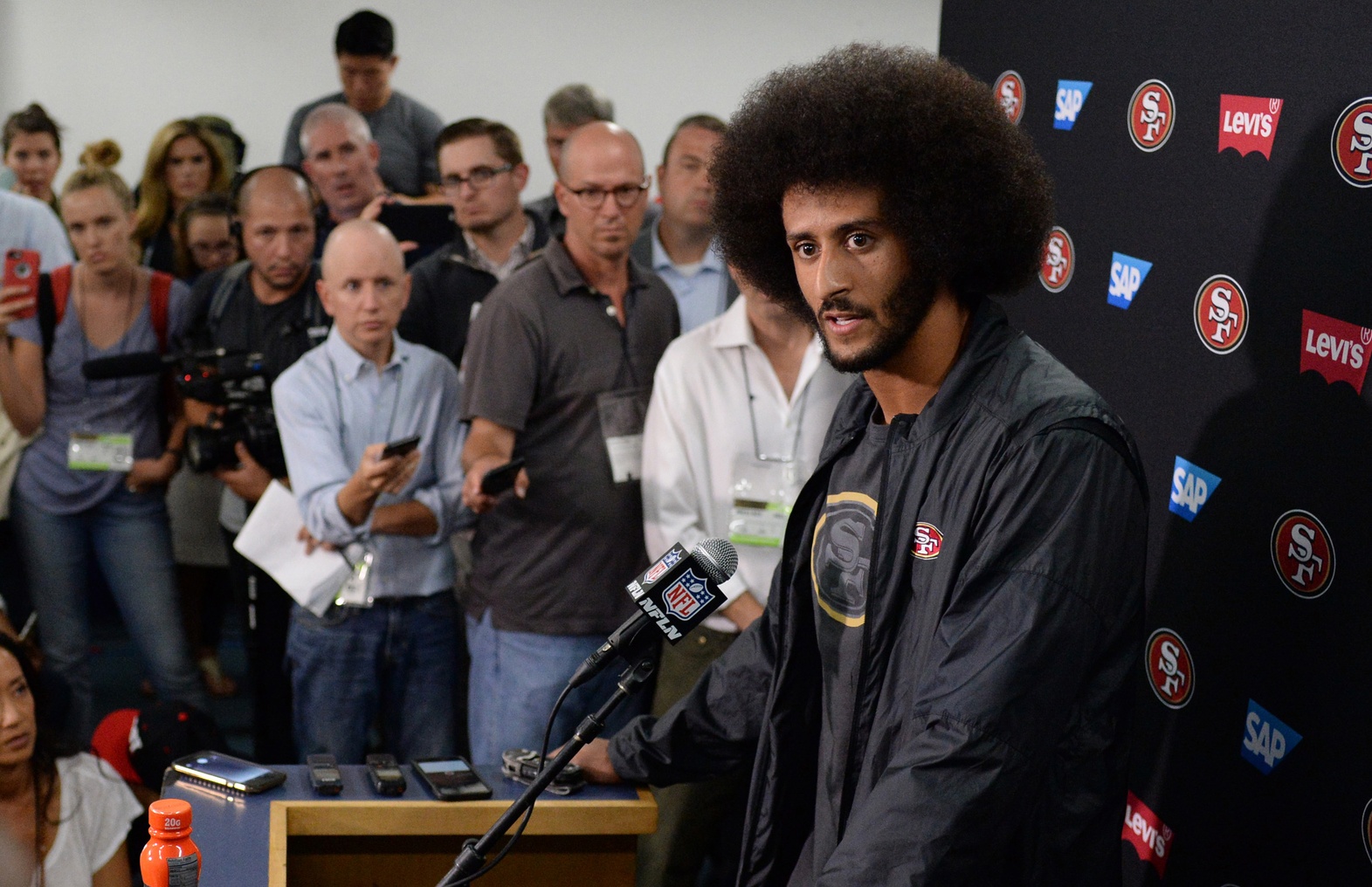 Initially seen as a show of disrespect, the young man has brought about dialogue. People are talking about the perceived injustices of the time. Other players have followed suit by refusing to stand for the anthem.

This is a good thing. When Americans can have conversations about the most-important issues of the day, it can bring about change. We’ve seen this throughout the history of this nation. We’ve also seen the entire philosophy of non-violent protest spark change throughout the years.

That’s great. It’s important for us to progress as a society.

Also important is the need to remain united. Remain united in the face of an ever-changing world that’s more violent today than at any point following World War II. 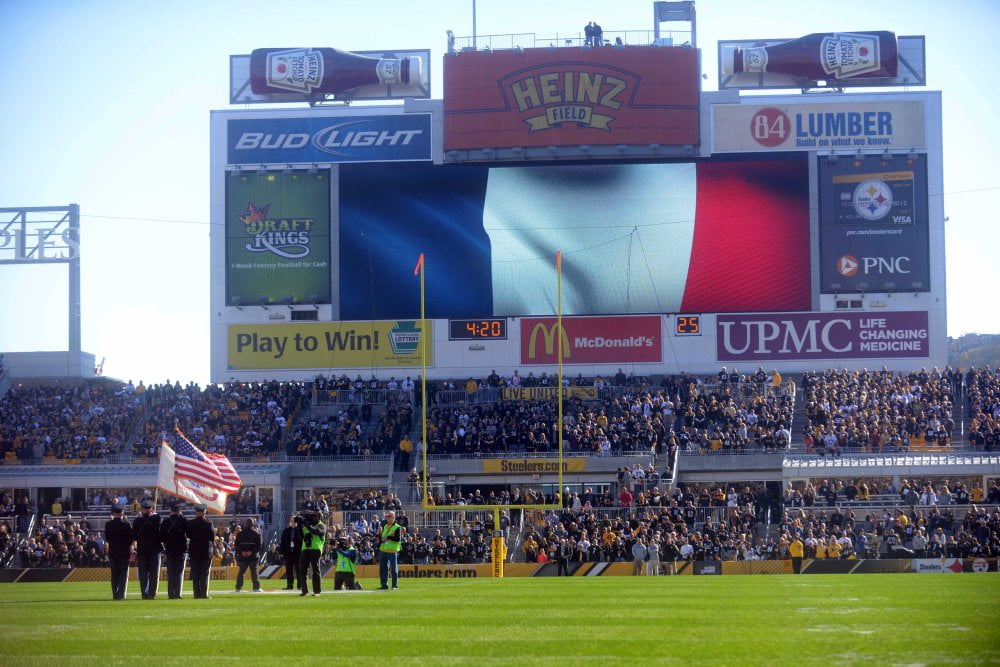 Nov 15, 2015; Pittsburgh, PA, USA; A moment of silence for the victims of a terror attack in France.

We see in those who were butchered in France and those who are killed under the guise of religion every day in the Middle East.

Can unity bring an end to this suffering? No. It can, however, help us as a people move forward — at least for one day — with a common purpose.

It’s a purpose that pays respects to those who lost their lives and those who still fight to protect what we hold dear. The flag itself might mean something different to each and every one of us. That’s the individuality we’re allowed in a free society.

But for one day. For just a couple hours. The flag should mean more. It should be a representation of a nation that still acts as a beacon for those less fortunate abroad. A flag that Pat Tillman died to protect. The very same flag that Pat Tillman gave up millions and an NFL career to fight for.

The NFL acted as an outlet 15 years ago. It was an entity that showed us patriotism isn’t always blind. That it can serve a purpose.

We should demand of the players considering a protest to stand. To pay respect to those who have died and those who fight for their freedom to sit.

If just for one day, let’s put this divisiveness aside and become one nation again.