There are now 10 NFL offensive coordinator vacancies after the Tampa Bay Buccaneers fired Byron Leftwich and the Baltimore Ravens moved on from Greg Roman.

It’s becoming clear that teams want to change the dynamics of their offenses after some major struggles during the 2022 NFL season. After all, this is the most vacancies we’ve seen in the modern history of the league.

With so many openings, we can expect to hear a lot of names be bandied about as potential candidates.

But what about the teams? Veteran NFL offensive coordinators and assistants can now afford to be picky when it comes to taking interviews. It’s in this that we rank these 10 vacancies from top to bottom.

Note: This doesn’t take into account potential coordinator openings with the Carolina Panthers and Houston Texans. Those two teams have full-time OCs who have yet to be fired.

Fresh off a brutal 4-12-1 season in which Frank Reich was fired and future Hall of Fame quarterback Matt Ryan fizzled out, the Colts are in the midst of a turning point. The hiring of an inexperienced Jeff Saturday to replace Reich on an interim basis proved to be humiliating. Despite this, embattled owner Jim Irsay might very well retain Saturday.

In short, there’s absolutely no telling what’s going to happen with these Colts. The first order of business will be to hire a new head coach. After that, the yet-to-be-named individual will have conversations with coordinator candidates.

Arizona is in the same situation as Indianapolis outside of one minor thing. The team seems to think it boasts a franchise quarterback in Kyler Murray despite some major struggles on the part of the former No. 1 pick last season.

With that said, there’s so many unknowns in the desert right now. Arizona’s running back situation is a hot mess. Star wide receiver DeAndre Hopkins will likely be traded here soon. We have no idea who owner Michael Bidwell is going to bring in to be the team’s next head coach. It shouldn’t be a popular opening among candidates.

It’s all about Tom Brady. Following the firing of offensive coordinator Byron Leftwich, everything seems to be up in the air with Tampa right now. If Brady were to leave in free agency or retire, the dynamics completely change. It would set up a likely rebuild for the Buccaneers.

If Brady opts to come back, this becomes a more attractive destination for top-end candidates. Despite his struggles this past season, a lot of the issues in Tampa involved a 32nd-ranked rushing offense. Regardless of who comes in to call the shots for head coach Todd Bowles, this needs to be fixed in short order.

Disaster. Incompetence. Whatever expletive we want to use to describe New England’s offense under co-playcallers Joe Judge and Matt Patricia last season, it would not be enough. Head coach Bill Belichick took a lot of the blame, and he’s looking to rectify it by bringing in an individual with NFL offensive coordinator experience. 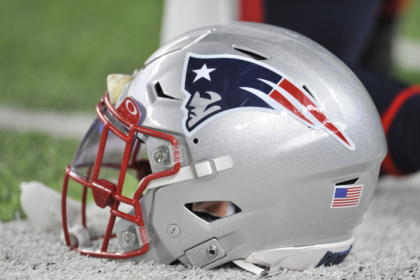 With that said, this isn’t viewed as an attractive opening by some candidates. That could have to do with quarterback Mac Jones‘ struggles as a sophomore. It also must be noted that New England has several key free agents, including running back Damien Harris, leading receiver Jakobi Meyers and offensive tackle Isaiah Wynn.

Let’s see what the Titans have going for them. A.J. Brown? Nope, he was dealt by former general manager Jon Robinson to the Philadelphia Eagles during the 2022 NFL Draft. Perhaps, offensive coordinator candidates will be attracted by quarterback Ryan Tannehill? That’s not happening. He’s as good as gone. What about young quarterback Malik Willis? Well, the Titans trusted a player in Joshua Dobbs who was signed off another team’s practice squad to start important late-season games over the rookie.

Noticing a theme here? Tennessee’s offense is a hot mess heading into the offseason. The only saving grace is the presence of two-time NFL rushing champion Derrick Henry in the backfield. Will that be enough for head coach Mike Vrabel to bring in a quality individual to call plays on offense? You can be the judge.

Rams head coach Sean McVay calls the plays in Southern California. This could limit the amount of interest from those who are looking to use an NFL offensive coordinator position as a stepping stone. That’s why the Rams rank a bit lower on this list than most would initially think.

On the field, there’s still a lot to like about an offense that led Los Angeles to the Super Bowl title last season. Quarterback Matthew Stafford and wide receiver Cooper Kupp are expected to return to full health after injury-plagued 2022 campaigns. This alone, could entice potential high-end candidates despite the lack of true play-calling duties.

Despite the lack of a franchise quarterback and the overall narrative surrounding Washington’s offense, there’s a lot to like here. Running backs Antonio Gibson and Brian Robinson bring a lot to the table. Wide receiver Terry McLaurin is also among the best at his position in the league. After all, he did record nearly 1,200 yards with less-than-stellar quarterback play last season.

There’s another draw here for potential offensive coordinators following the firing of Scott Turner. Head coach Ron Rivera sticks strictly to defense. This will give whoever Washington brings in free rein to incorporate his own offensive scheme. Just think about that for a second.

Much like Rivera in Maryland, Jets head coach Robert Saleh focuses solely on defense. It didn’t work out for former offensive coordinator Mike LaFleur, but there’s a ton of interest in this opening right now. 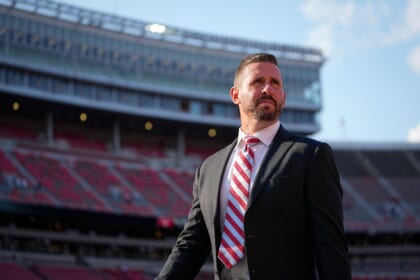 First off, New York will likely be looking for a veteran quarterback option following the struggles of sophomore signal caller Zach Wilson in 2022. Secondly, there’s some major young talent in Jersey. This includes two stud players from last year’s draft class in that of running back Breece Hall and wide receiver Garrett Wilson.

Leonard Cohen’s Hallelujah has to be ringing in the ears of Ravens fans after one of the most-overrated NFL offensive coordinators in that of Greg Roman was fired. Baltimore’s offense was a disasterclass once Lamar Jackson went down to injury in Week 14. In fact, this unit averaged 12.3 points in the four games Jackson was sidelined to conclude the regular season.

Outside of Jackson’s injury, issues at wide receiver popped up big time during the 2022 campaign. But if the former NFL MVP does indeed return to Baltimore, a new offensive coordinator will have so much to work with. That’s magnified by J.K. Dobbins’ presence in the backfield and the return of star receiver Rashod Bateman from injury.

Chargers head coach Brandon Staley will get one more shot to prove his worth after their disastrous loss to the Jacksonville Jaguars in the AFC Wild Card Playoffs. He now must hit a home run with this hire. 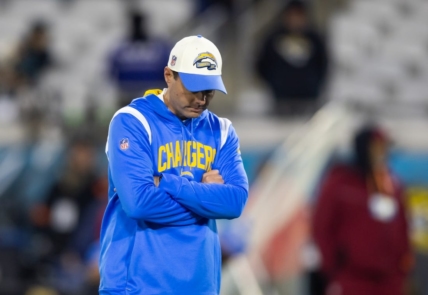 Also Read:
Brandon Staley back in 2023, believes in Chargers’ culture

The good news? There’s so much to like about a Chargers offense led by franchise quarterback Justin Herbert. He has two studly receivers in that of Keenan Allen and Mike Williams. Los Angeles also boasts a franchise left tackle in Rashawn Slater and one of the best dual-threat running backs in the NFL, Austin Ekeler. This is, by far, the most-attractive NFL offensive coordinator opening of the cycle.