Is Frank Gore really going to return for a 17th NFL season? The man himself has said he'll be in action once again if the right opportunity presents itself. 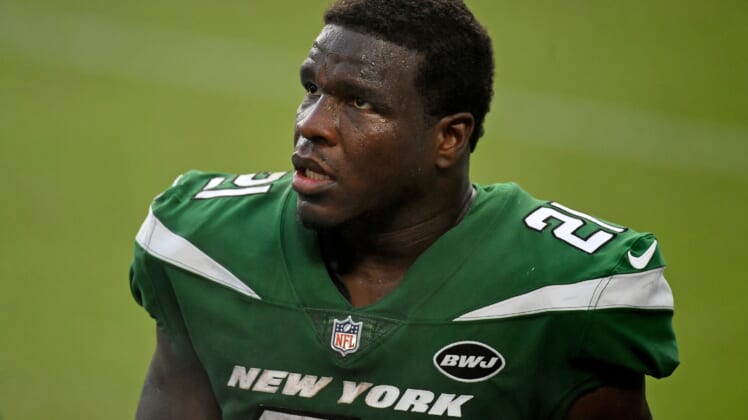 Longtime NFL running back Frank Gore couldn’t be blamed for hanging up his cleats after a grueling season with the New York Jets, yet he’s still open-minded about suiting up for Year 17 in 2021.

Gore will turn 38 in May and seems at peace with the fact that a return to the gridiron may mean playing for a fifth different team in as many seasons.

In an interview with ESPN insider Adam Schefter, Gore “did not close the door” on coming back for next season, but did say he’d need to be in the right situation in order to continue his prolific career.

Gore began his career with the San Francisco 49ers and spent a decade there before a three-year stint with the Indianapolis Colts. Since then, he’s bounced around the NFL with stops in Miami and Buffalo. Last season marked his third straight one-year stint for an AFC East franchise as he did what he could for a struggling Jets team.

It’s really a remarkable achievement for Gore to still be playing to this point. He suffered a torn ACL not once, but twice before reaching the professional ranks.

Despite playing the most replaceable position in the sport and taking on so much punishment as a ball-carrier, though, Gore continues to defy the odds.

Thanks to 653 yards rushing this past season, Gore reached an even 16,000 yards on the ground for his career, which comes out to an average of exactly 1,000 yards per season. He’s scored 81 rushing touchdowns, and made 18 more trips to the end zone as a pass-catcher to go with 484 receptions for 3,985 yards.

Gore could really play anywhere in 2021, yet at this point, he must want to go to a team that at least has a chance at the playoffs. The Jets are off a 2-14 record, and are taking on a massive rebuild after firing coach Adam Gase. Gore probably won’t want to be a part of that.

All that’s really missing from Gore’s list of accomplishments is a Super Bowl. Based on his declining yards per carry over the past two years, it’s reasonable to assume Gore is declining. However, what would he do as part of a legitimately good offense? It stands to reason he could at least produce at around the league average of over four yards per tote in such a situation.

Returning to Buffalo to reunite with coach Sean McDermott and be a complementary back in the Bills’ explosive offense is a possibility. Gore is familiar with the coaching staff and wouldn’t have much pressure on him with superstar quarterback Josh Allen playing at such a high level.

Other destinations that make sense are the Buccaneers and Dolphins. Gore was born in Miami and played for the Hurricanes in college. His initial homecoming in 2018 was in the midst of a Dolphins rebuild, but they could welcome him back in 2021 due to the dearth of high-end options in their current backfield.

Considering Tampa Bay brought in veterans castoffs like LeSean McCoy and Leonard Fournette in 2020, it wouldn’t be a surprise to see the Bucs kick the tires on Gore. He’d still be in the Sunshine State, and in all likelihood have a shot at a championship alongside fellow longevity legend Tom Brady.