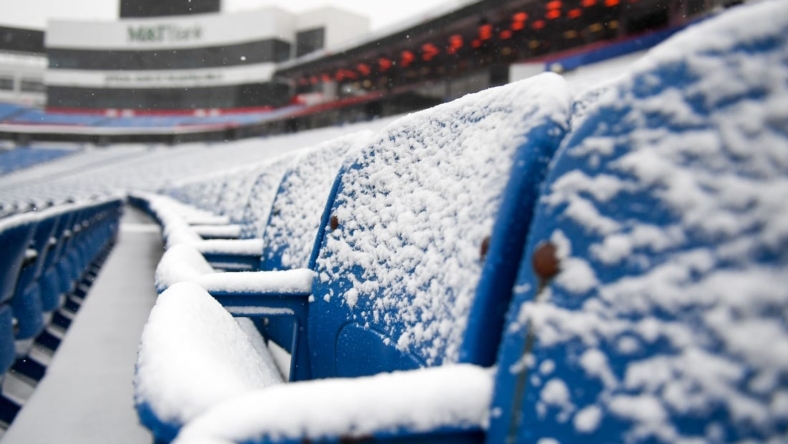 The NFL is monitoring the impending blizzard set to blanket western New York and has been in touch with the Buffalo Bills and Cleveland Browns about possibly moving their Sunday game, per multiple reports.

Weather Channel projected Thursday morning that as much as five feet of snow could blanket the region Friday and Saturday.

Playing in Detroit is an option being considered along with several other locations, per Cleveland.com. The Lions play their Week 11 game in New York against the Giants, where cold but dry conditions are forecast for Sunday.

Bills head coach Sean McDermott said Wednesday the organization has multiple contingency plans in place to attempt to keep players and staff on schedule but safe. Some weather models show historic levels of snow before Sunday that would complicate travel and potentially eliminate air travel into or out of Buffalo.

Moving a game to reduce risk of teams and fans in winter weather is not without precedent.

In 2014, the Bills and New York Jets had a scheduled Sunday afternoon game moved to Detroit as multiple feet of snow fell on Buffalo. The NFL moved the day of the game to Monday night to afford the teams time to practice.

A decision to move the game would likely have to be made by Friday because of gameday logistics and pregame travel adjustments.