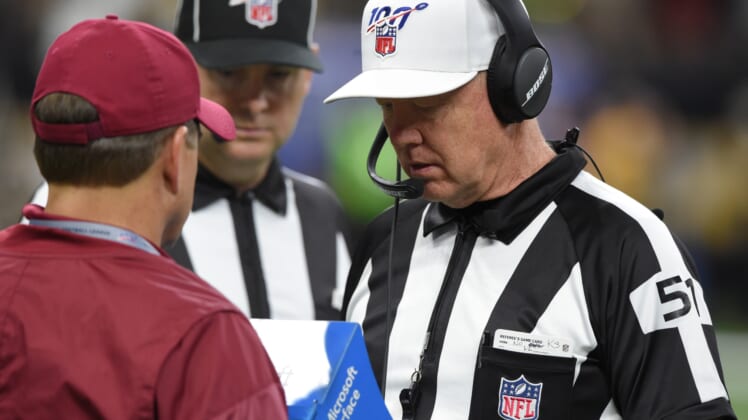 The NFC Championship Game between the Los Angeles Rams and New Orleans Saints two seasons ago sparked a major debate: Should pass interference be reviewable? The blatant missed call that cost the Saints a trip to the Super Bowl ultimately led to the league passing a rule that allowed the penalty to be reviewed.

One season’s worth of that experiment, however, led to nothing but more frustration and anger. Officials rarely overturned calls or non-calls on the field — no matter how blatant.

Now, the rule has met its ultimate fate.

On Thursday, Chairman of the Competition Committee Rich McKay told SiriusXM NFL Radio that the league will let the pass-interference replay rule expire.

The league won’t even bother with a vote from the NFL owners on this. The experiment is over.

Based on how much frustration it caused last season, this is hardly a surprise. The only thing fans can really hope for at this point is that the refs do a better job with their initial calls.