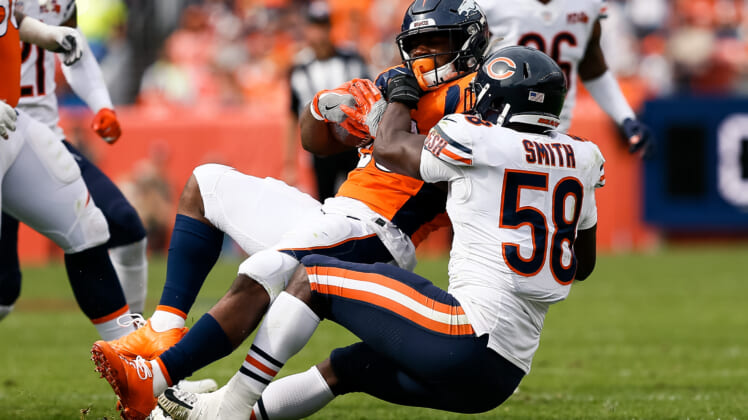 Roquan Smith is one of the few players on the Chicago Bears roster who many view as a quality talent heading into the 2022 season. Unfortunately for Chicago, it seems the league-wide evaluation of one of its best players still isn’t especially high.

Smith, who earned second-team All-Pro honors in each of the past two seasons, wants out of Chicago. Selected with the 8th pick in the 2018 NFL Draft, the talented off-ball linebacker doesn’t feel valued by the front office based on contract negotiations.

The 25-year-old requested a trade this summer, asking to be moved to a team that values his abilities and will make him one of the highest paid NFL players at his position. Unfortunately for Smith, Chicago is opposed to moving him and the valuation on him around the league might be a big reason for it.

Albert Breer of Sports Illustrated explained why he doesn’t believe there will be a ton of trade offers for Smith, citing the lack of positional value and his contract demands.

For a player with consecutive All-Pro selections, Smith misses a lot of tackles and makes numerous mistakes. He was one of the worst linebackers in the NFL this past season against the run, per Pro Football Focus, and he brings very little as a pass rusher.

Teams certainly see the value in an off-ball linebacker who can drop back and excel in coverage. However, the past two years have also demonstrated that it’s the only area Smith is really a high-end contributor for a defense.

In the last year of his rookie contract, any team acquiring Smith would need to offer him a multi-year deal worth at least $17.5 million per season to keep him. When you combine the financial cost with Chicago’s potential asking price to move him before. the regular season, no one should be surprised if a trade doesn’t happen for months.