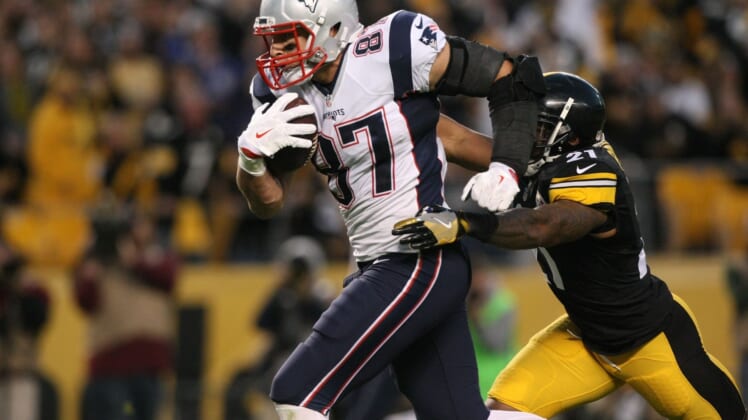 Most of the talk surrounding the up-and-coming Los Angeles Rams has involved the idea of them bringing in Odell Beckham Jr. in a trade with the New York Giants. Now that others have joined the Rams in the OBJ sweepstakes, we have no real idea how that situation is going to play out.

But in an interesting turn of events, at least one NFL general manager thinks that the Rams could ultimately end up landing New England Patriots tight end Rob Gronkowski instead of Beckham.

We’re not sure if that’s pure speculation or something completely different. What we do know is that the possibility of New England trading Gronkowski has increased with him still undecided on a future in the NFL.

Given that the Giants are reportedly demanding two first-round picks for Beckham, the idea of adding Gronkowski for a cheaper return could be enticing.

It’s rather clear that Los Angeles is going all in right now. Adding Pro Bowlers Ndamukong Suh, Marcus Peters and Aqib Talib to the team’s defense is evidence of this. Whether that will soon include Gronkowski or OBJ remains to be seen.