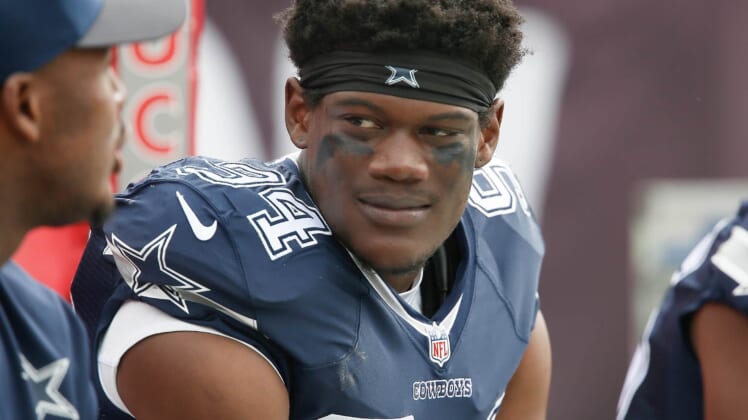 The Dallas Cowboys will have a bit more depth at defensive end once training camp gets going this week.

#BREAKING: NFL has notified Cowboys DE Randy Gregory he is now fully reinstated to league, per source. Cleared to practice and play in games

This means that the 26-year-old pass rusher is cleared to participate in practice, preseason games and suit up once the regular season gets going in September.

Having not played since January of 2017, the Nebraska product has since been suspended multiple times for violating the NFL’s substance abuse policy. Obviously, league heads in New York City are happy about how he’s handled himself off the field.

This could be a pretty big boon for a Cowboys team that’s going to be without fellow pass rusher David Irving for the first four games of the season due to suspension.

Gregory, the No. 60 overall pick back in the 2015 NFL Draft, was expected to be a top-10 selection before off-field concerns got the best of him leading up to the annual event that April.

The hope here is that he’s completely turned the corner off the field and is ready to make an impact in Big D.