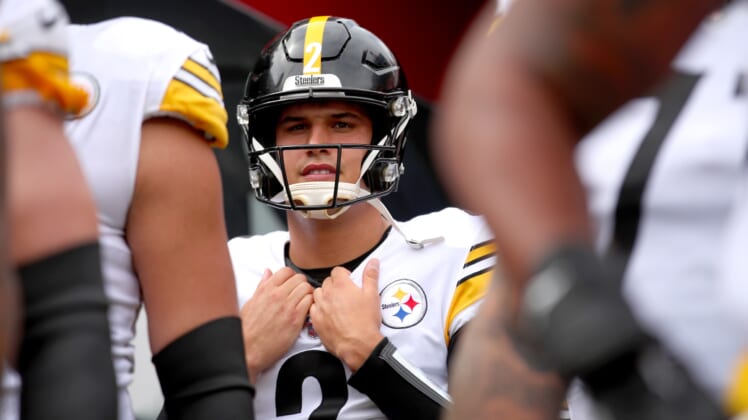 By now the story is well known. Garrett was suspended after ripping Rudolph’s helmet off and hitting the quarterback over the head with it.

Garrett is now claiming that Rudolph uttered a racial slur in the lead up to the incident.

For its part, the NFL is now indicating that it found no evidence a racial slur was ever used.

This falls in line with what both Steelers and Browns players said on Thursday. Pretty much every player who talked about the incident indicated that they did not hear Rudolph say anything derogatory.

Claims of this nature are serious and threaten to ruin a players’ reputation. If there’s actual evidence that Rudolph did not say anything of this ilk, it’s not going to be a great look for Garrett.